The Whiskey A Go Go 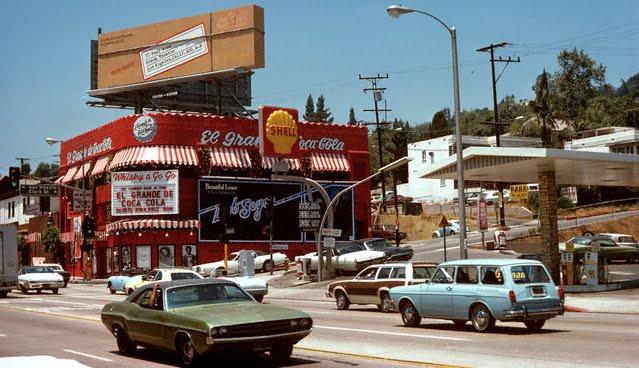 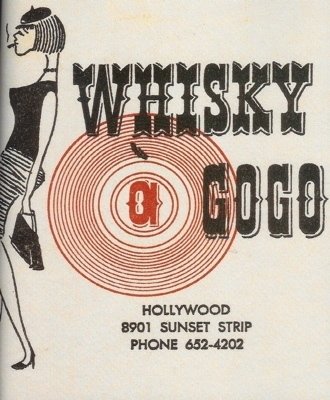 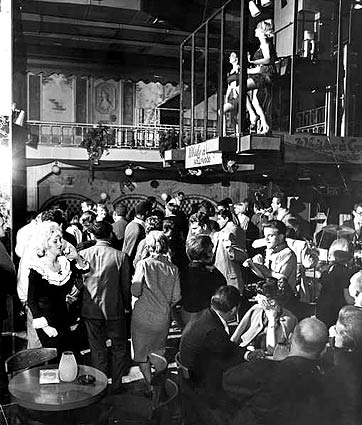 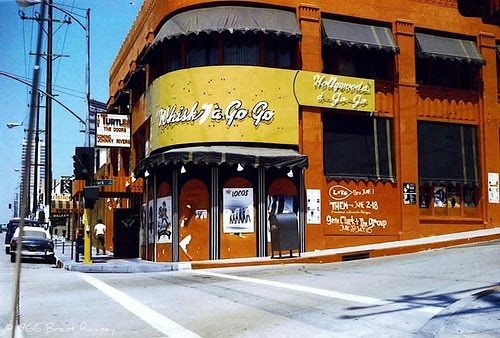 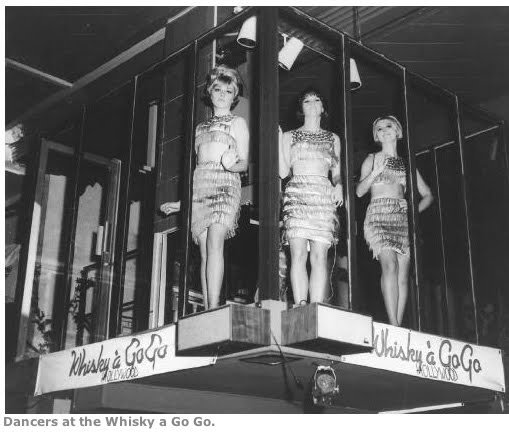 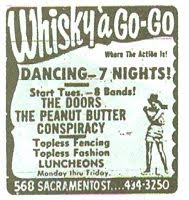 Elmer Valentine and Philip Tanzini opened the first LA first disco, The Whisky-A-Go-Go on Sunset Boulevard. Johnny Rivers was the house band until the explosion of psychedelic Rock. The club became a popular meeting place for record-industry executives, girls dancing in cages and bands, including the Doors and Love, The Birds, and Otis Redding who got their start here. The Whisky a Go Go was a nondescript former bank building at the northwest corner of Sunset Boulevard and Clark Street in West Hollywood before it became a musical legend in the 1960s. 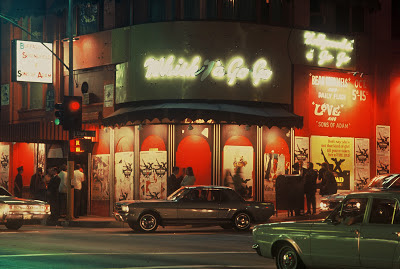 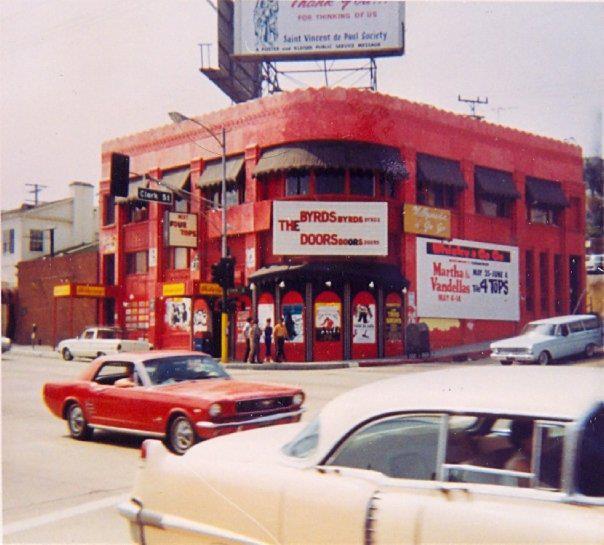