LAX had a presence in the 1940's and 1950's, but the 1960's is when the golden age of flying - also known as the "Jet Age",  took over and Los Angeles International Airport established an identity. Designer, Charles Kratka had a lot to do with that. It was truly and airport of the future in the early '60's. This is the story of the tiled murals that traverse the long, long, long, corridors of Terminals 3, 4, and 6 at LAX 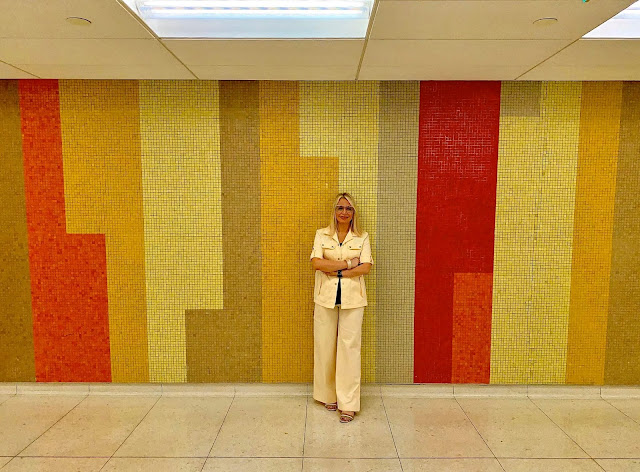 At the Delta Terminal in 2019. Below in my story on the tiles for Los Angeles Magazine in 2013 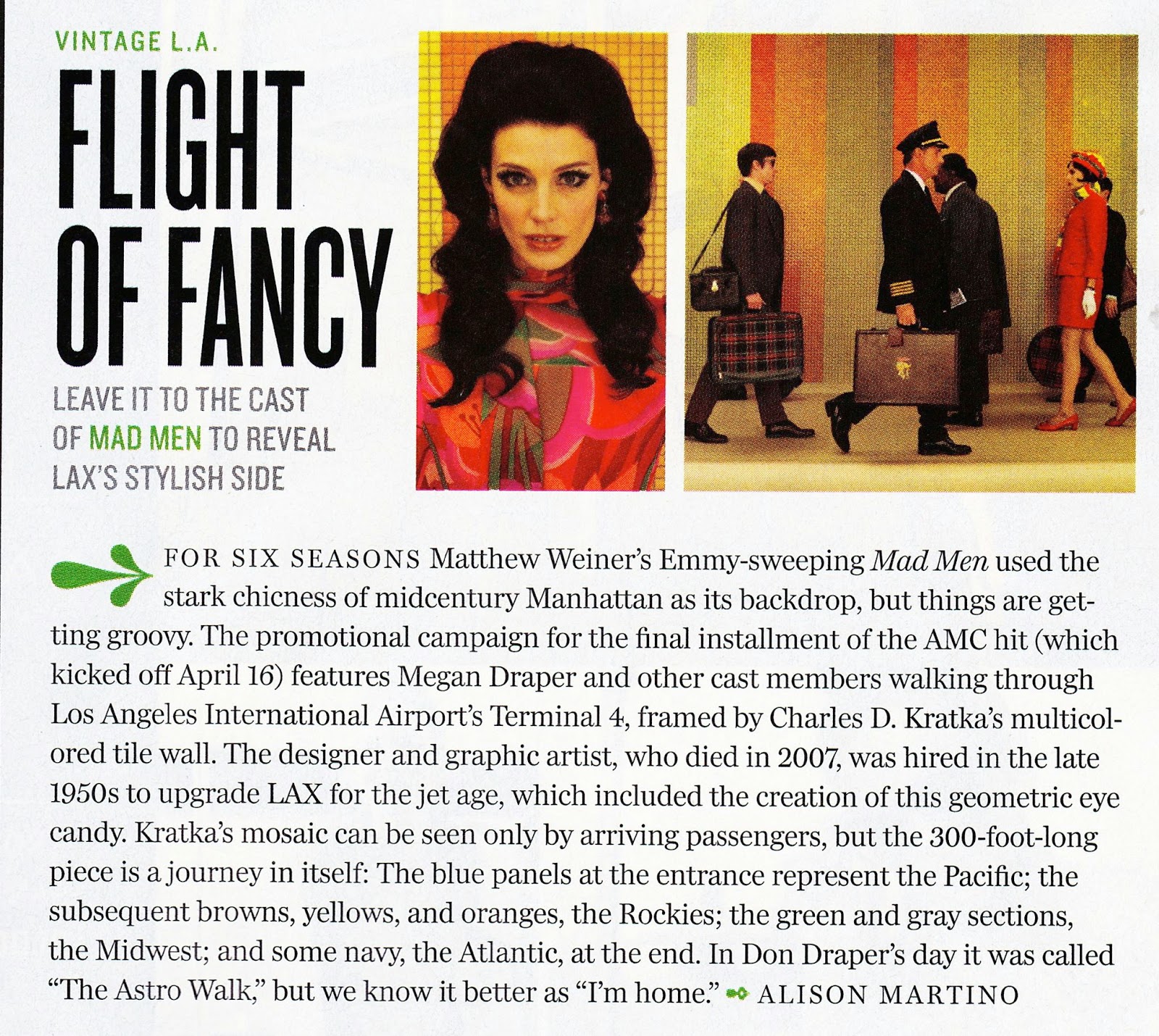 The designer and graphic artist, who died in 2007, was hired in the late 1950s to help upgrade LAX to the atomic age in 1961, which included the creation of this geometric eye candy.  Kratka was the head of Interior Design when the airport was being modernized. Kratka also oversaw the design of the original interiors for the Los Angeles County Museum of Art when it opened in 1965, but the mosaics were actually designed by artist Janet Bennet, who installed thousands of small glass mosaic tiles to five long corridors and the two satellite buildings. 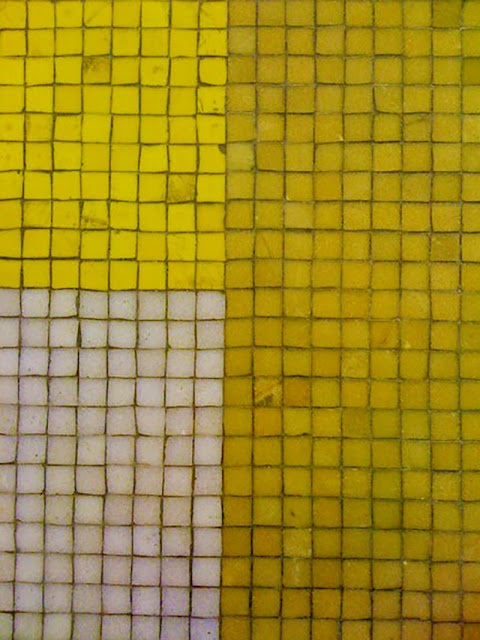 Today, only three of them are open - terminals 3, 4, and 6. The original idea was to help make the 300 foot-long tunnels seem shorter says, said Ethel Pattison, the airport’s historian and who volunteers at the airport's Flight Path Museum and Learning Center. 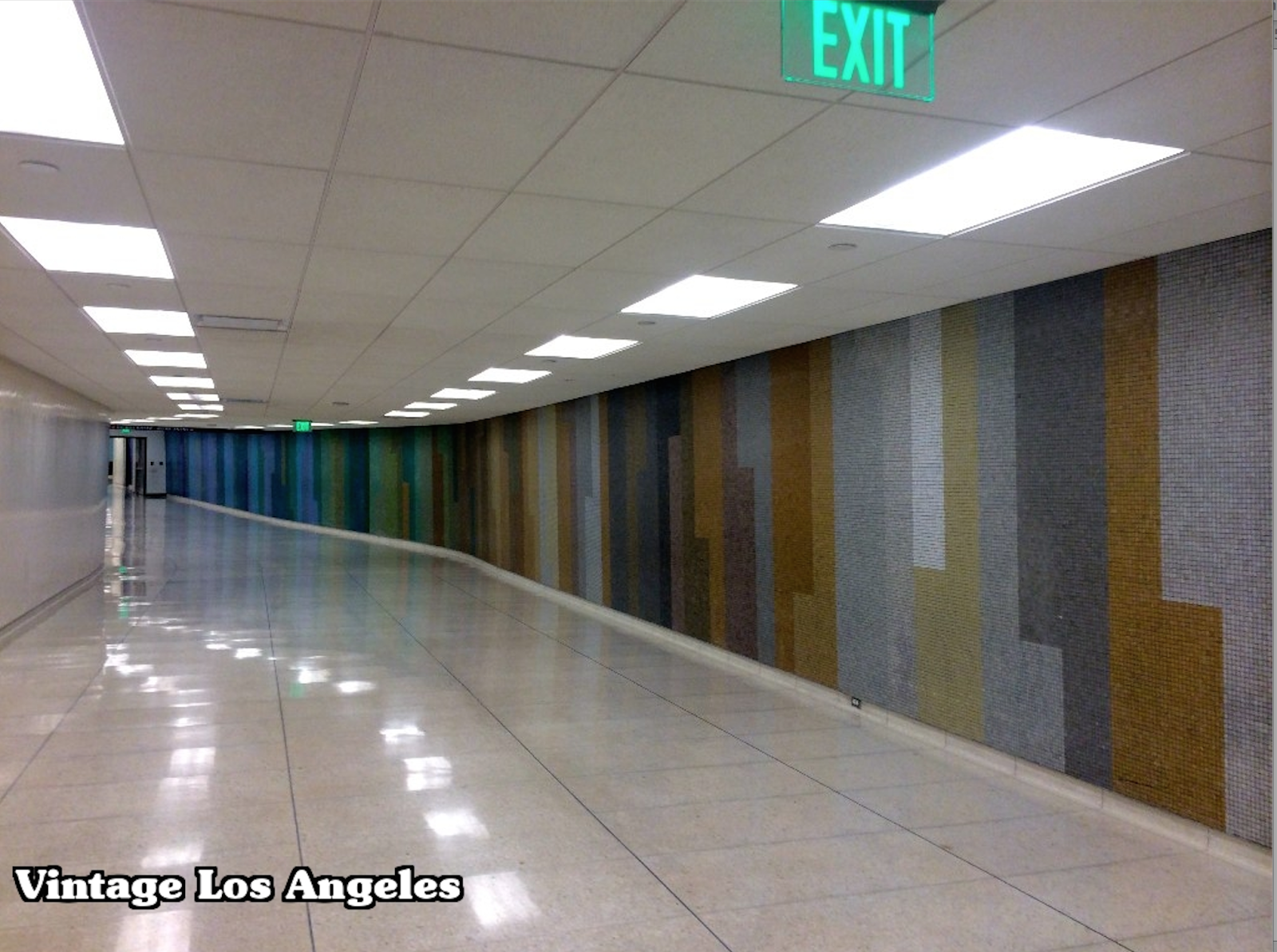 The mosaic tunnels can be seen only by arriving passengers. It's quite a shame that one must be only returning to see them. I miss the days when meeting someone at the airport meant the opportunity to admire the wonders of LAX. During the 1960s, this LAX airport had more personality then any other airport in the world. As I reported in my LA MAGAZINE article, the 300-foot-long piece was a journey in itself: The tile color represented the United States and the changing seasons from sea to sea. The blue representing the oceans, green for the mountains, sand color for the deserts, brown for the plains, and the navy for the Atlantic Ocean. I actually learned on a 3rd grade field trip that the red is in the center which means your halfway across the midwest. Bennett described it as, "a continent described in colors". Bennett elaborates: "To a young artist / designer, the days from 1959 to 1961 were a wonderful and creative time. I seemed to have all the time and freedom in the world to design major art features for the new airport. Looking back on it now, it seems like play. My boss, Charles D. Kratka, who worked with me at the architectural firm Pereira and Luckman Assoc, handed me the assignments. They were exciting and challenging projects. There was a period after I finished my phase of work on the tunnels when I had other projects, but none so satisfying. Incidentally, there were enough tiles left over for a baseboard for my apartment and coffee tables, etc. still in the homes of 4 of my California cousins. When I first saw a finished tunnel I was returning to Los Angeles in the middle of the night. I can remember being delighted by the colors as they infused the almost empty passageway. About midway on the tunnel I encountered a couple who had stopped and were pointing at the tiles as they talked. I interrupted, “Oh, do you like it? I did it!” They looked startled and quickly moved on. They didn’t believe me! 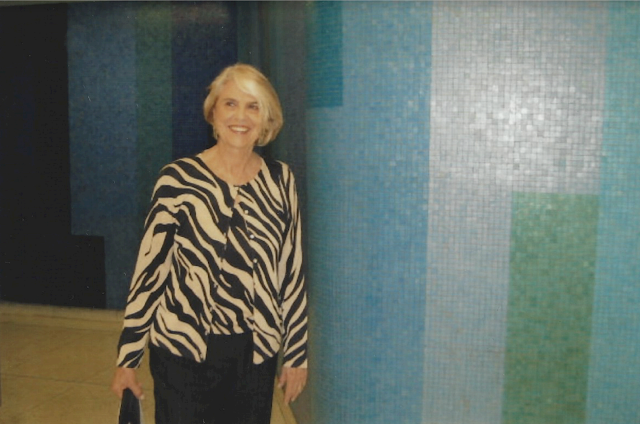 Until this day walking through the corridors are the best part of coming home. It's always comforting walking past those mid century tiles on the way to the baggage claim. It's just an L.A. thing and they definitely mean "WELCOME HOME". Being a native Angeleno, I have walked past them way too many times to count. They bring back so many warm memories of my childhood and are so incredibly iconic to LAX and the city of Los Angeles. 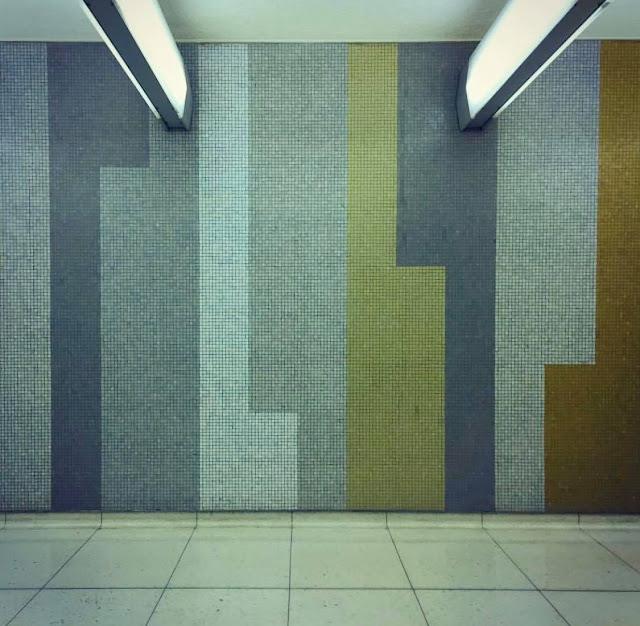 During research for my article on the tiles for LOS ANGELES MAGAZINE, I had the great pleasure of being escorted by experts on the tunnels. I filmed this quick clip of one of their LAX’s employees explaining the significance of the tiles.

Below are two rare publicity photos taken on opening day 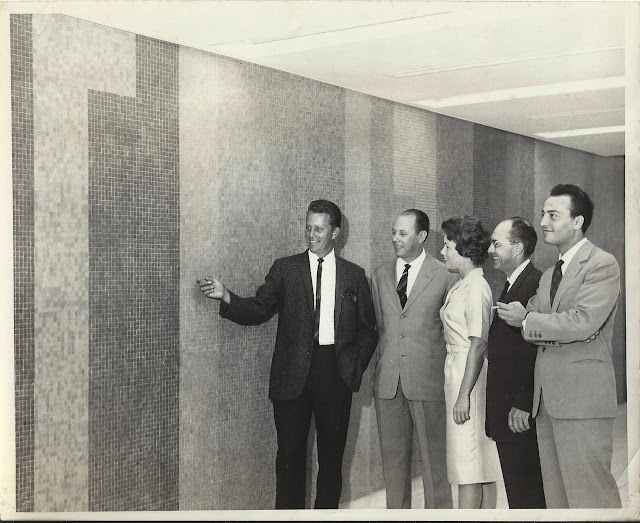 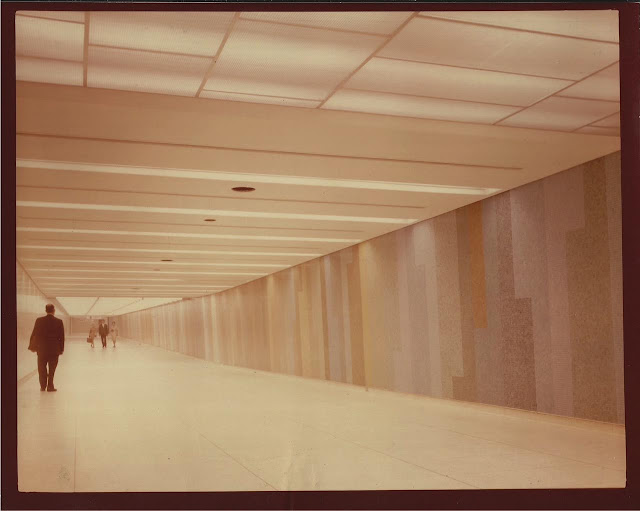 If you haven't seen the tiles in person, perhaps you've seen them captured on celluloid. Movies such as, "POINT BLANK", "THE GRADUATE", "HIGH ANXIETY, "MIDNIGHT MADNESS", "AIRPLANE!", "JACKIE BROWN", "INTO THE NIGHT", and "ONCE UPON A TIME IN HOLLYWOOD were just some of the movies and TV shows shot in this mid century modern space age tunnel... 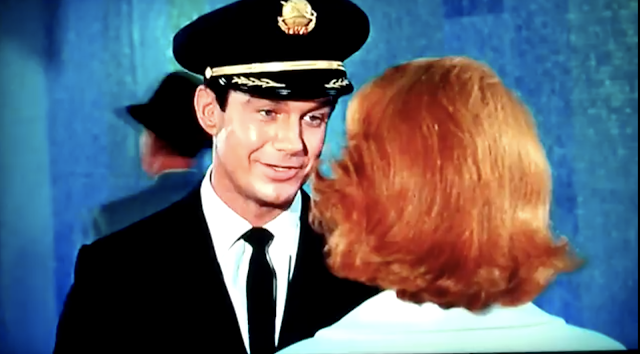 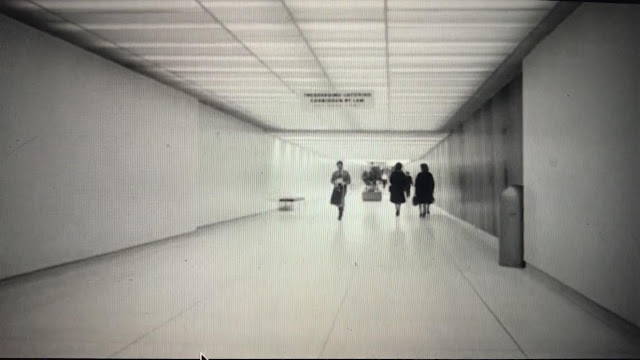 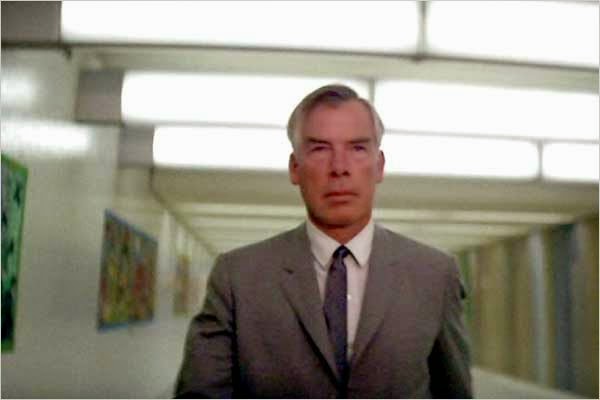 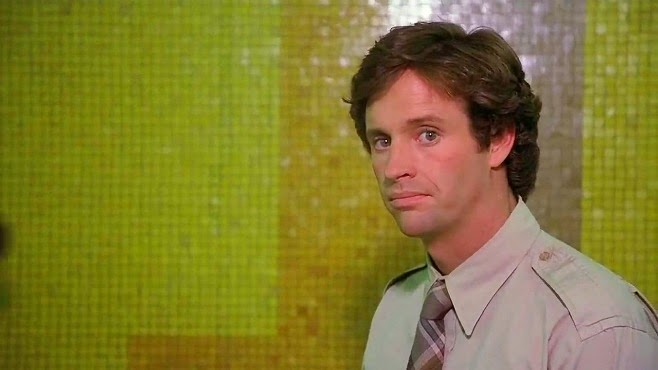 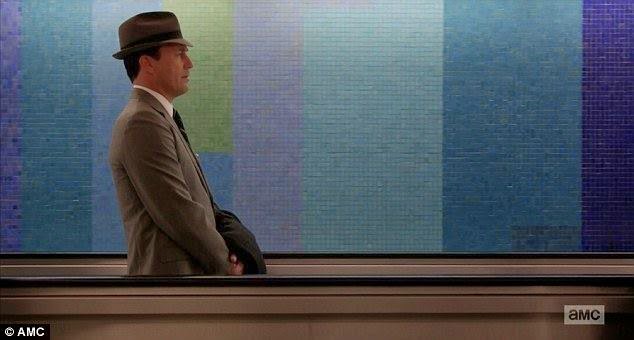 John Hamm as Don Draper on "MAD MEN" filmed on the rolling sidewalk. During the space-age era the moving sidewalk was referred to as “The Astro Walk". 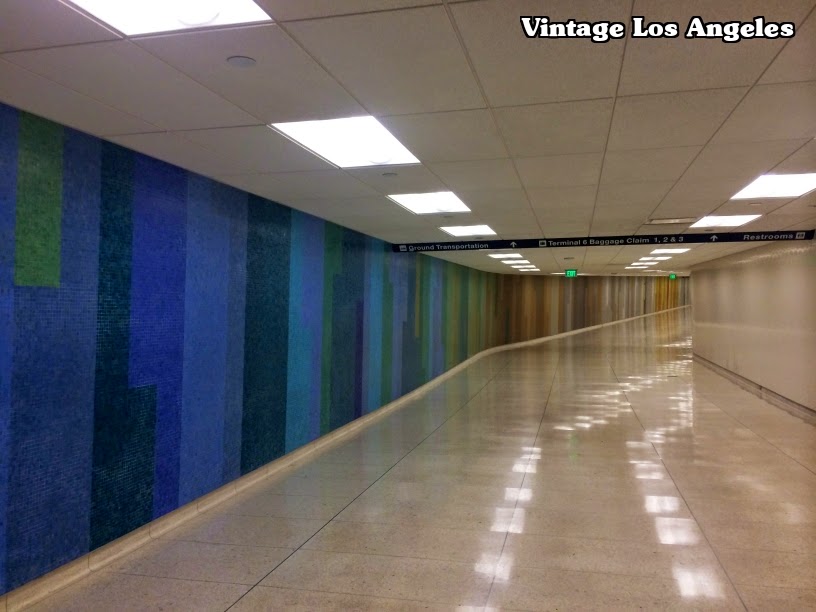 The tunnels can be seen in many TV shows from the 1970s such as the ROCKFORD FILES and COLUMBO seen here. Episode title: The Most Crucial Game. 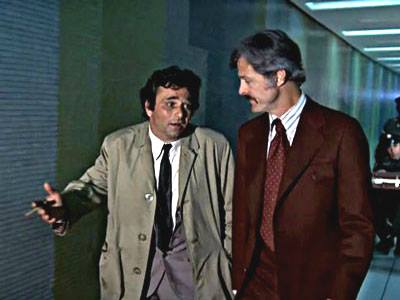 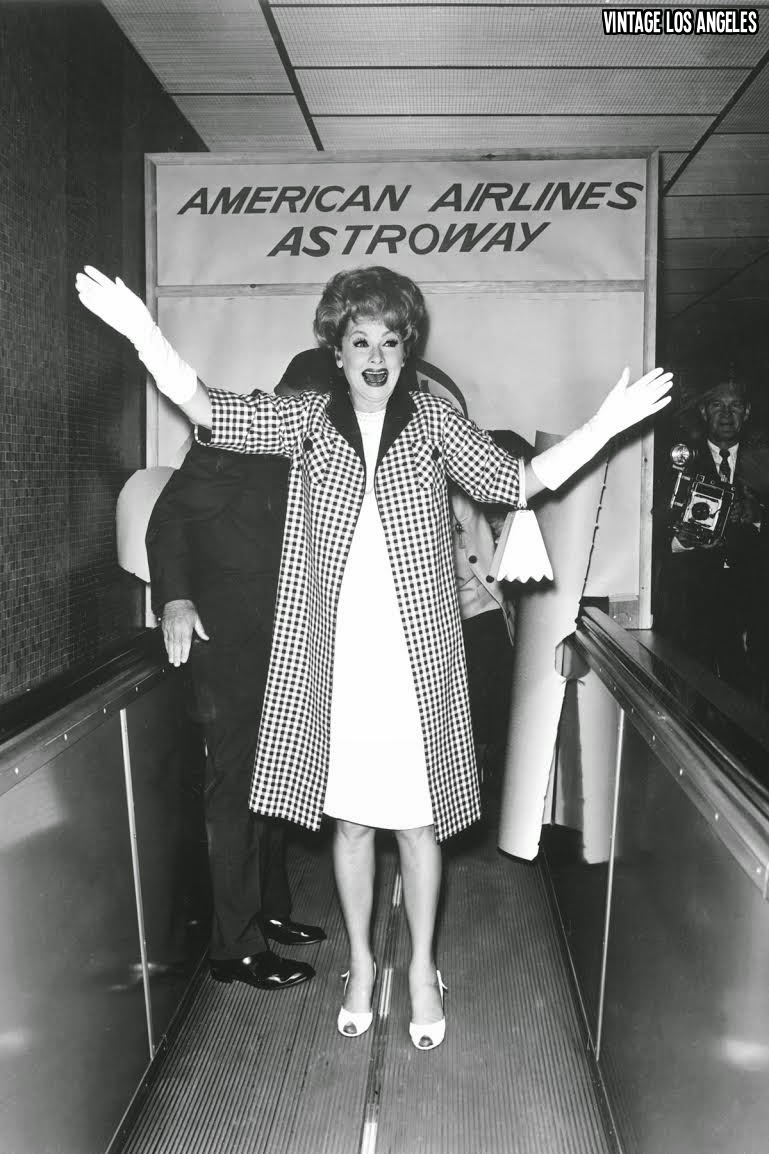 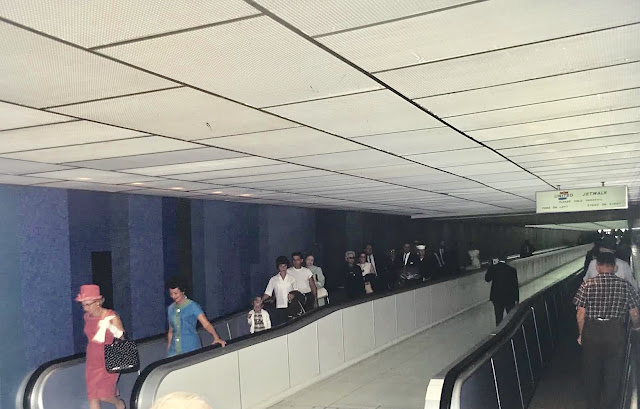 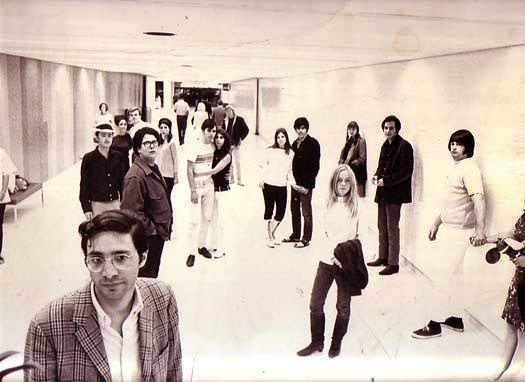 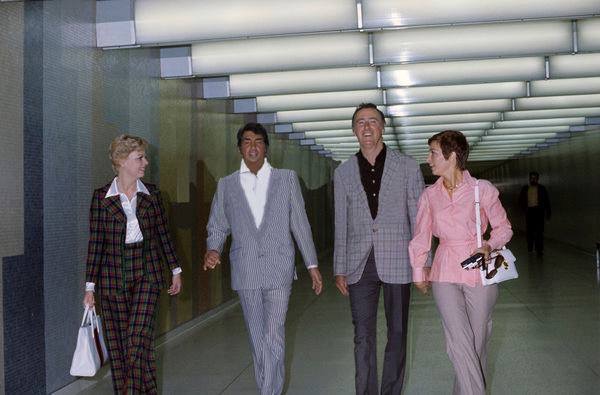 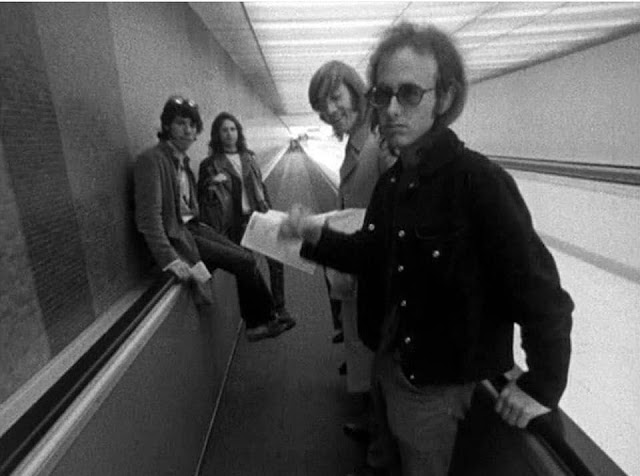 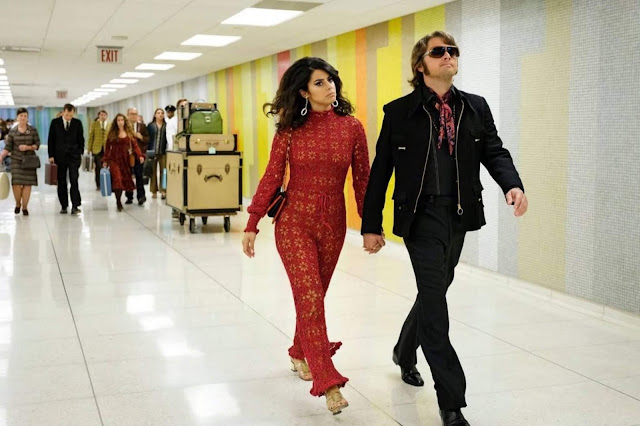 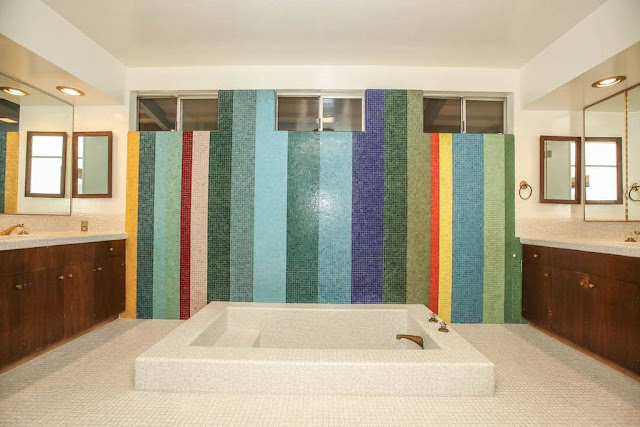 An owner of a house in Downey, California says these tiles were left over from the LAX installations 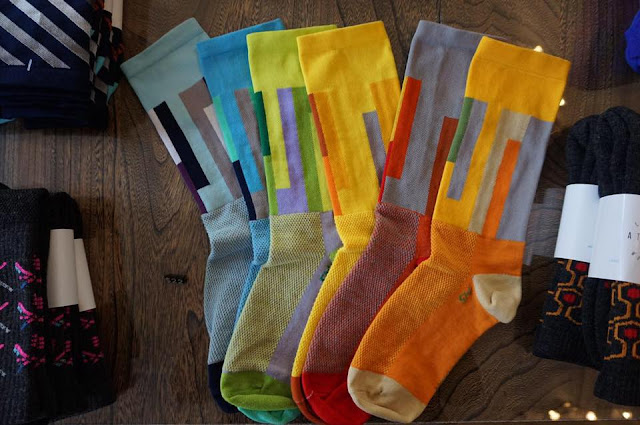 The tiles even inspired these socks by the Stephen J. Cox sock company 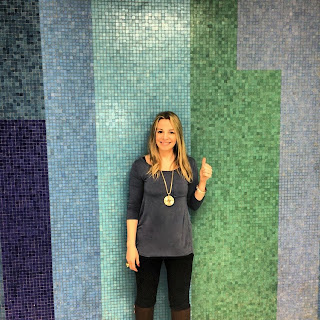 Alison Martino is a writer, television producer, an on-air personality, and L.A. pop culture historian. She founded the Facebook page Vintage Los Angeles in 2010. In addition, Martino muses on L.A’s. past and present Instagram and  Twitter

Alison is also currently a columnist for Los Angeles Magazine and an On Air Contributor on Spectrum News 1 in Southern California reporting about the history of her hometown.