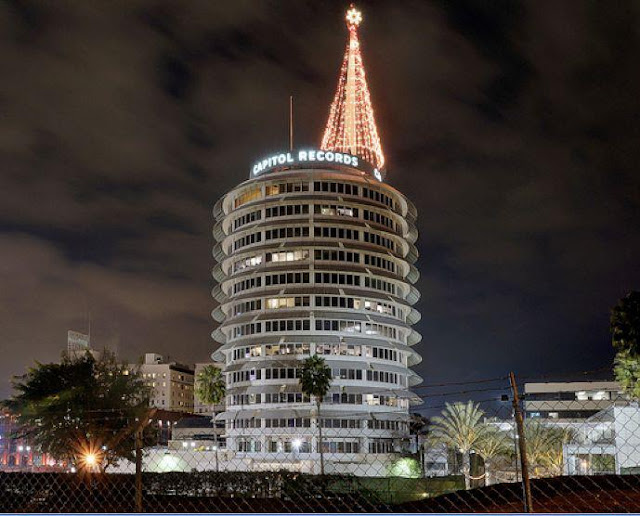 The iconic Capitol Records Christmas tree
If there’s one holiday tradition that I enjoy every year, it’s spotting the historic Christmas tree that tops the iconic Capitol Records building on Vine Street in Hollywood.
The kitschy Hollywood icon was designed by Ollsen Lighting and features 4,373 bulbs (at 25 watts each), the tree was the first of its kind, and it has been a part of the Hollywood skyline each December since 1958, except for 1973, when L.A. experienced an energy crisis.  (According to the music company, the Capitol Records switch board lit up like a wild fire that year with calls from concerned Angelenos wanting to know if the tree would ever return.) 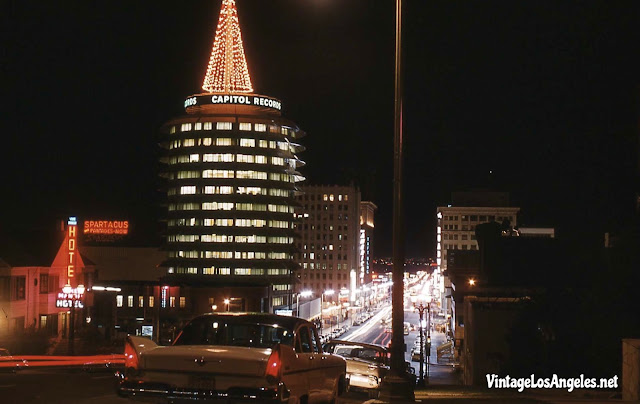 Photo: 1958 / Vintage Los Angeles Archives
Of course, the seasonal greenery isn’t the building’s only topper. The seasonal blinking light spells out H O L L Y W O O D in Morse code and has done so every night since the building was erected. In fact, Leila Morse, Samuel Morse’ granddaughter flipped the beacon switch. It’s only been altered on rare occasions, like in 1992 to honor Capitol’s 50th anniversary, when it spelled out Happy Birthday. Good to know that SOME things never change. You can spot it for miles. A good view is also from the 101 Freeway as you enter town.
This is it's 62nd year! 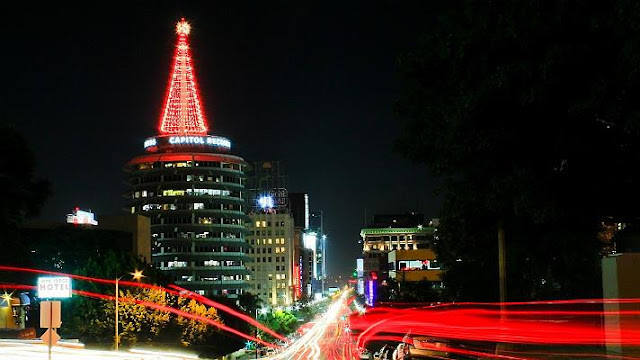 In recent years, the families of Nat King Cole and Frank Sinatra “flipped the switch”. I’m forever honored to have been able to do the same - and with my favorite Capitol Crew wearing my father's vintage Capitol Records jacket from the 70's. I had always dreamed of viewing the lighting ceremony up close from the top of that roof, but never imagined being the one to pull down the switch on that extremely old ancient power box. 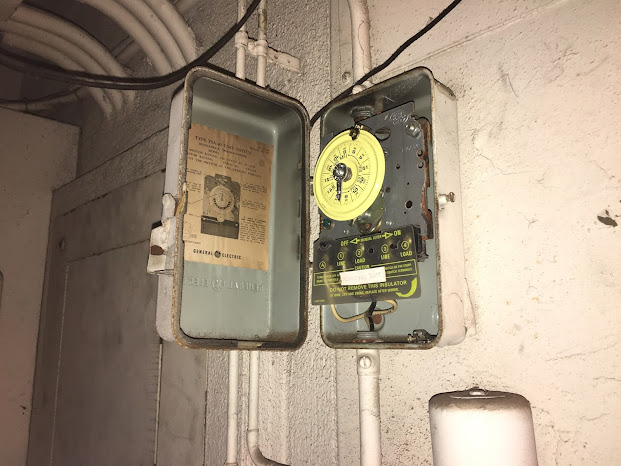 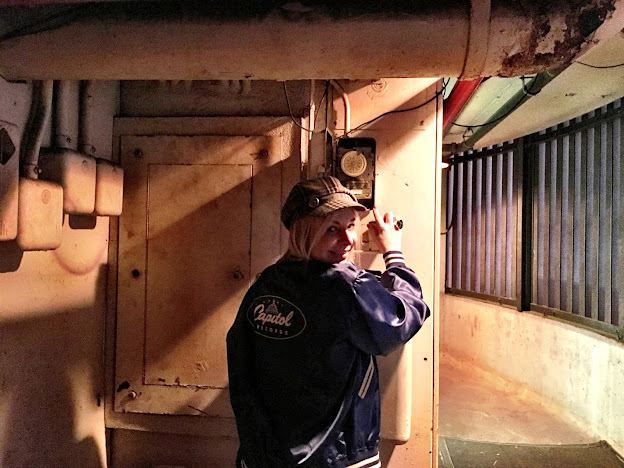 Here's video and of what it looked like up on the roof the second I
pulled the switch. Magical! A true Vintage LA moment. 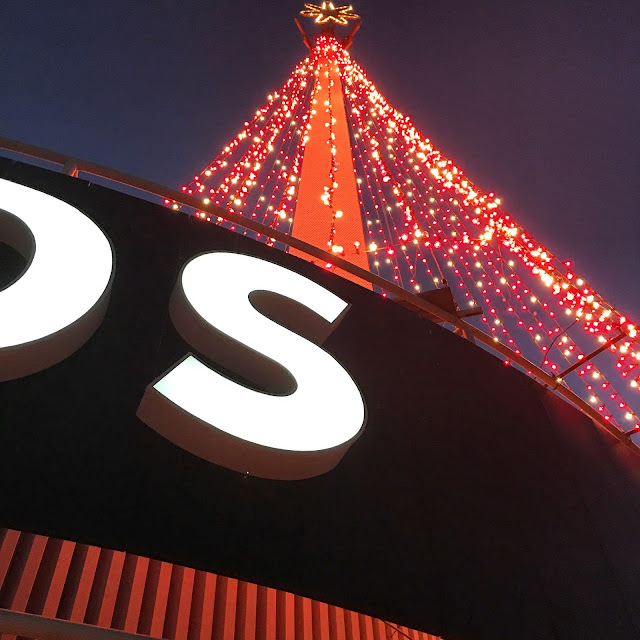 The tree and bulbs are stored on the roof 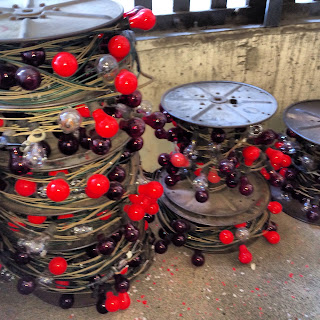 Close to these are the controller for the Beacon light 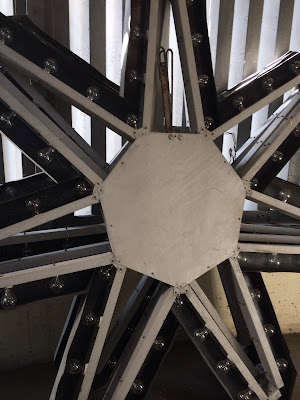 This photo below is from 1958! Courtesy of the Capitol Vault. 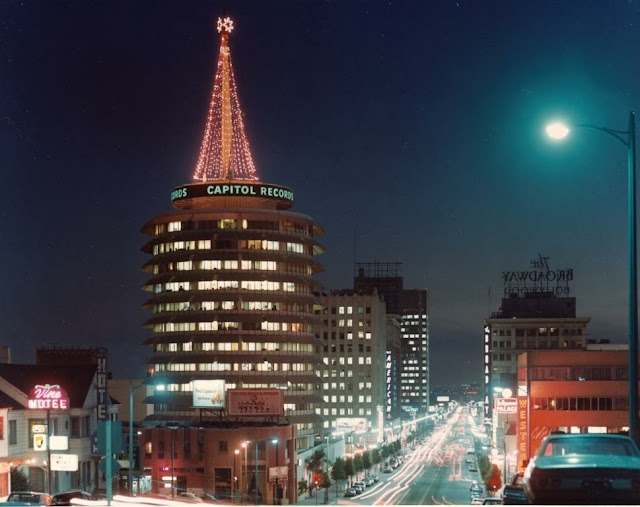 BONUS FEATURE!
Here's a rare promotional film narrated by Tennessee Ford that shows the process of signing an artist, making a record, and selling it in 1958. It briefly features an appearance by Glen Wallichs, Capitol Records' former president and one of the original co-founders (the other co-founders were Johnny Mercer and Buddy DeSylva)

Alison Martino is a writer, on-air contributor for Spectrum News, and pop culture historian. She founded the Facebook page Vintage Los Angeles in 2010 and muses on L.A’s. past and present on Twitter and Instagram. 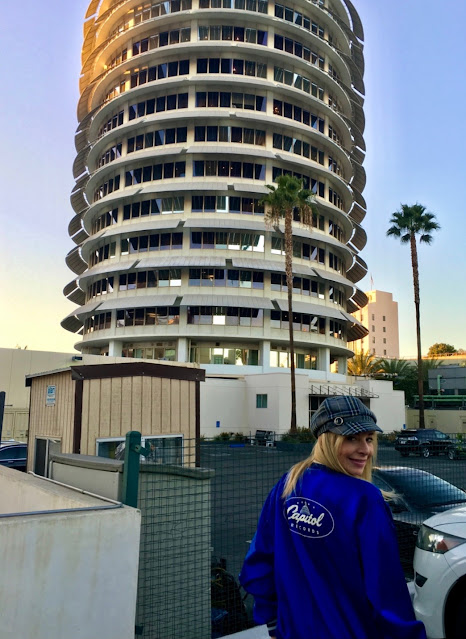