If you grew up in Los Angeles during the 1980s, then you'll understand this shirt I wore back in the day. 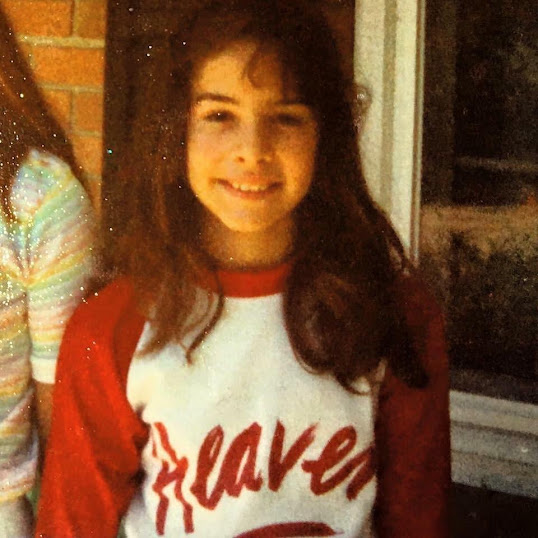 Alison Martino, 1981
"Heaven" was a cutting edge, heavily branded, new wave, pop-culture novelty store located in the old Century City mall. It sold t-shirts, wacky sweatshirts, postcards, buttons, candy (my favorite were the candy dots on paper rolls), stickers, keychains, Lava lamps, toys, (Gumby was quite popular) and odd artifacts in the late '70s through early '80s. I specifically remember Elvis Presley shampoo on displayed in the window. They had the coolest 3-D glasses and pens. I had a bed filled with their red satin heart pillows and a shirt that said Bates Motel. Loved my baby blue pink "Heaven" sweatpants. But it was those t-shirts and two toned jerseys with the "Heaven" logo emblazoned in bright colors that became the big sensation, and soon stores spread all over Los Angeles and various locations across the US. These graphics were sooooo quintessential “80’s LA” and wearing a HEAVEN T-Shirt was essential at that time. Pair it up with a satin baseball jacket from Contempo Casuals and you were all set to hit Flipper's Roller Disco. 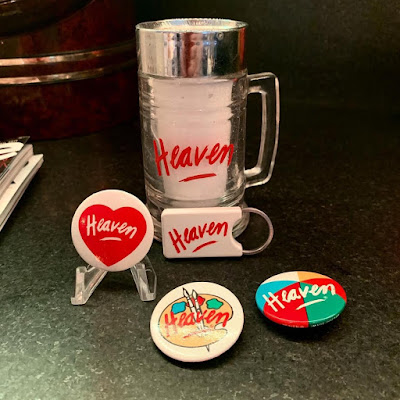 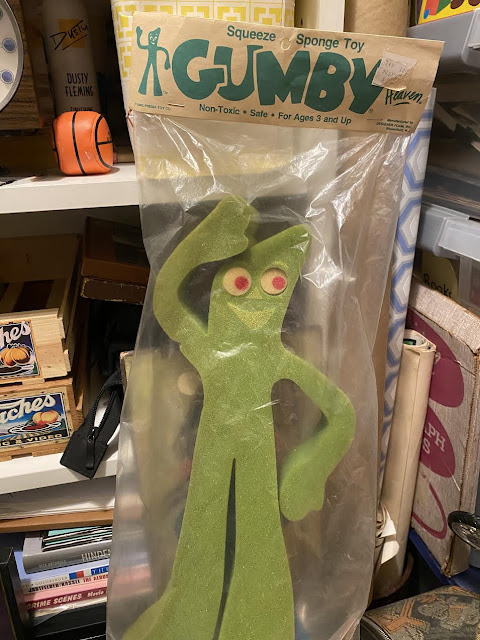 I thought I was hot shiz whenever I frequented the store - especially when I saw the Bangles shopping for shirts. I once walked in when Elvira was signing autographs and another time I literally bumped into Jaclyn Smith in the card section. I'm surprised I never ran into the B-52's.
I can visualize the entire store in my minds eye. Especially the south side wall of epic T’s that reached the ceiling and their clear plastic bags were just as collectible as their kooky merchandise. One time I saw someone trying on a pair of aluminum-foil space pants! The place looked like something straight out of a Devo music video. 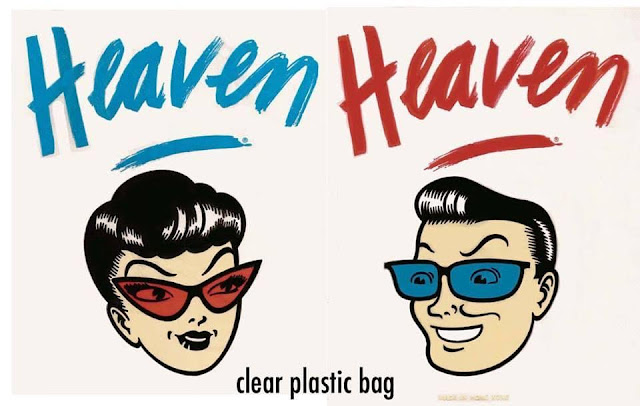 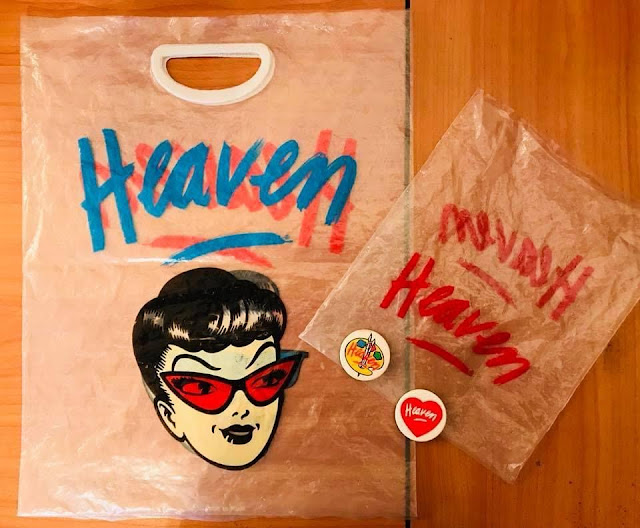 In the late 1980s, they expanded and opened a 50s style diner in the back. The burgers were really good with cherry fountain soda pop. All of it surrounded by wall to wall novelty items. I remember Heaven being one of the first places to introduce a Karaoke machine. 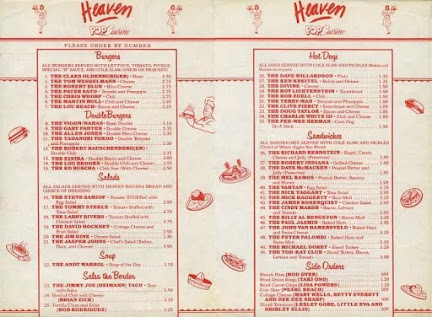 Must give props to Brad Benedict who was the creative force behind "Heaven", "The Bijou" (which sold cinema paraphernalia), and "Nickelodeon" record store. All three were located in the old Century City Mall. Illustrators, Jim Heimann, Brian Zink (who also did the art for Paper Moon Graphics), and Nick Taggart were the innovative artists for "Heaven". I collected all the "Heaven" and "Paper Moon" greeting cards growing up and used to stock pile them to send to friends or decorate my bedrooms walls with. The artwork totally sums up the new wave era. I was obsessed with the airbrush look of them. 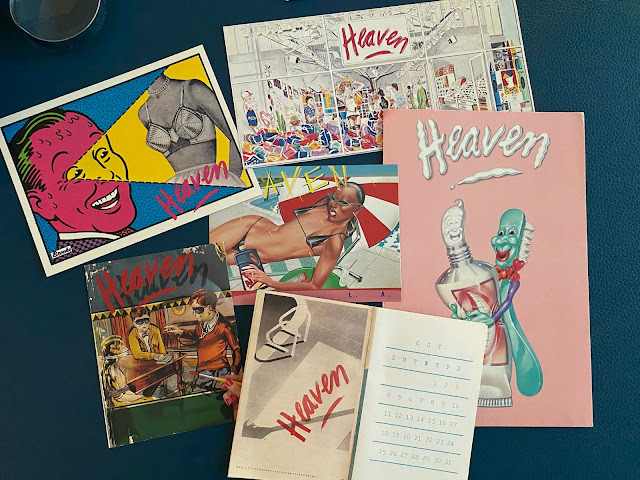 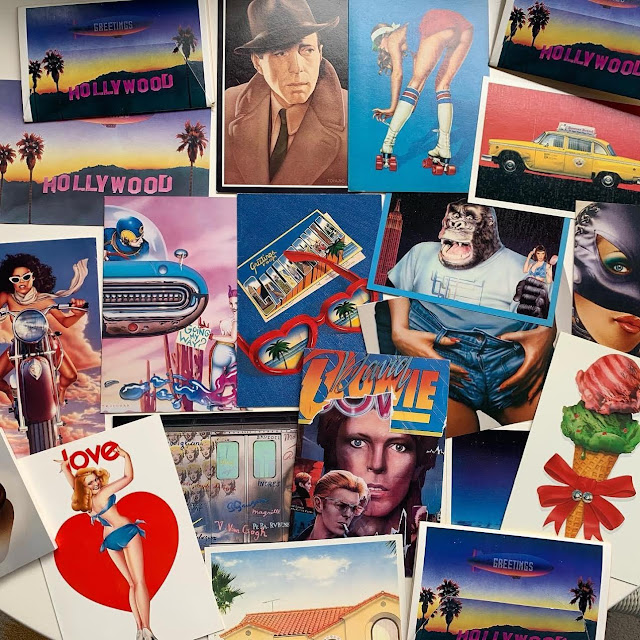 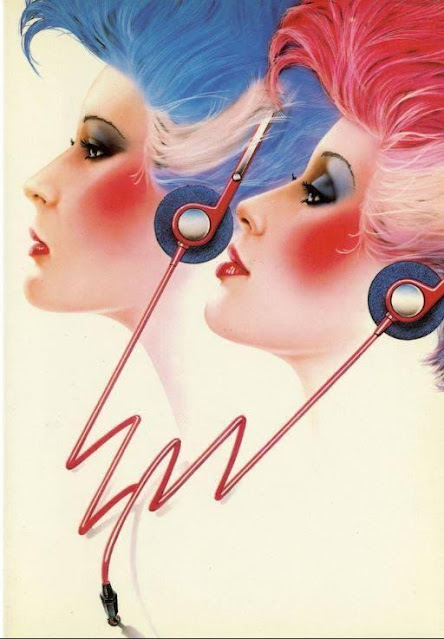 I’ve kept and collected a lot of "Heaven" relics over time - but they’re hard to come by. Jim and Rick have graciously gifted me some Heaven artifacts over the years. I keep it all in a pile with my other keepsakes from "Camp Beverly Hills" and "Fiorucci" -- the trifecta of novelty stores at the time.
Their signature shirts worn by everyone from Freddy Mercury to Divine to Sharon Stone. 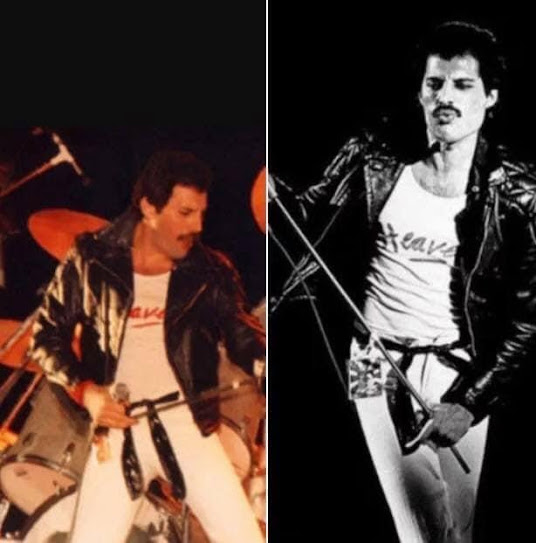 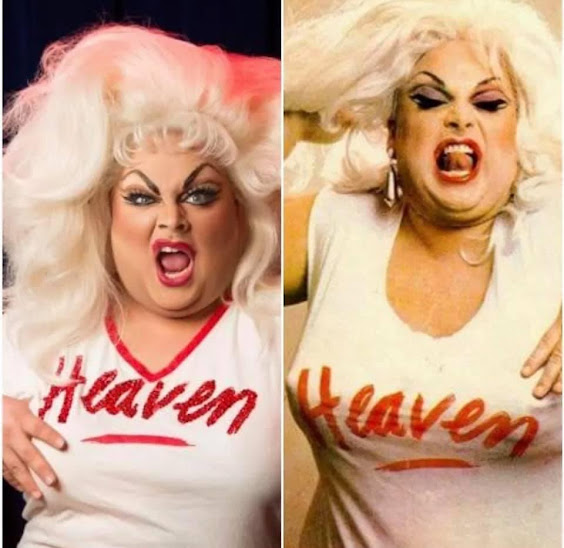 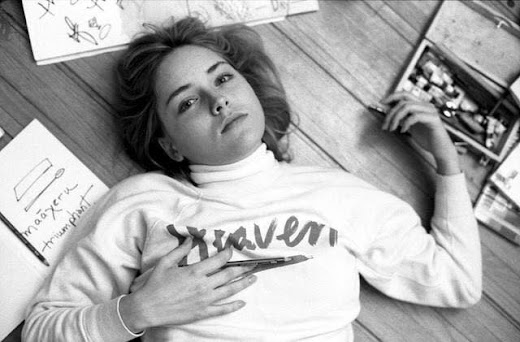 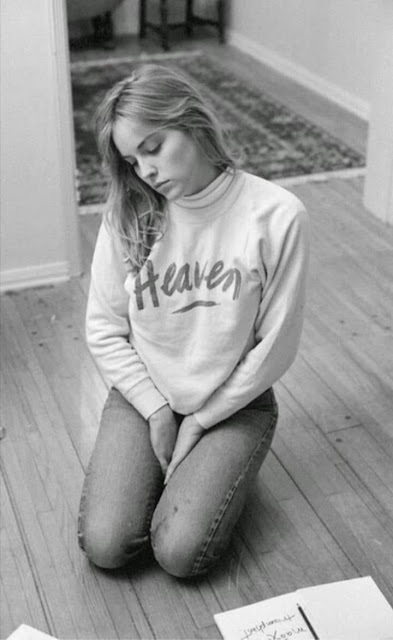 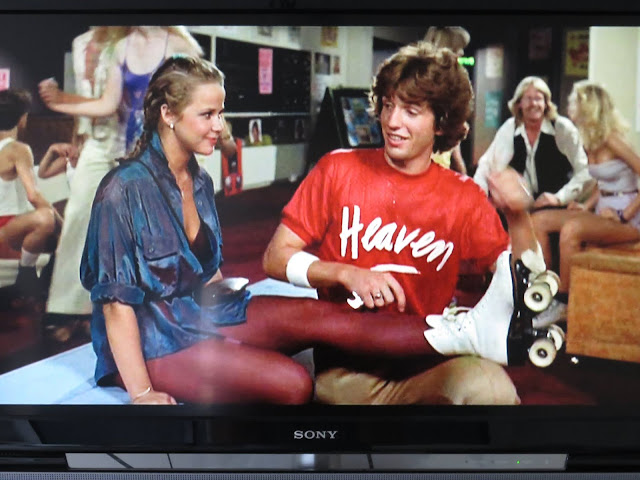 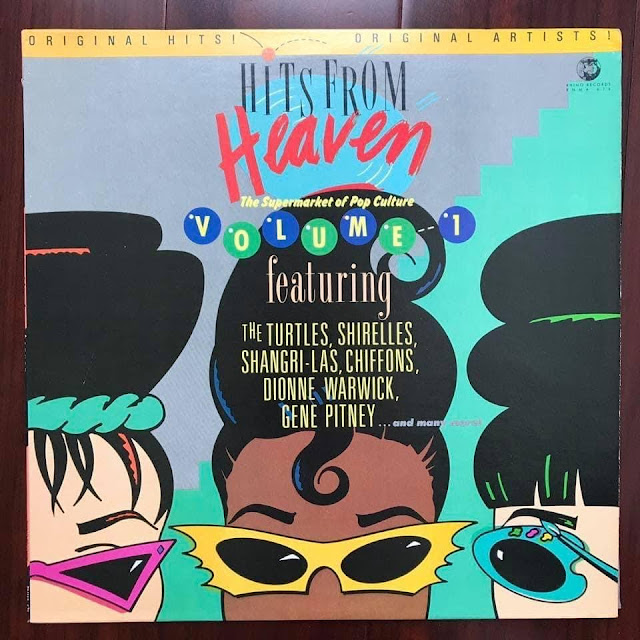 Heaven even released their own compilation LPs 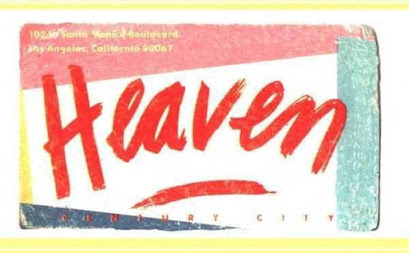 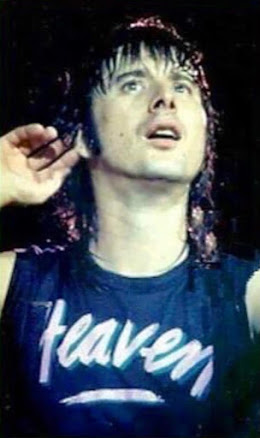 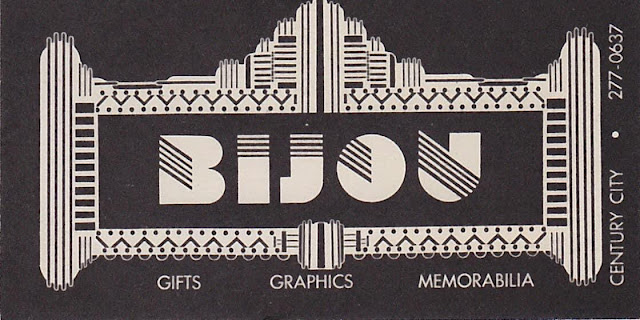 Found this original "Bijou" business card when my mother was moving. 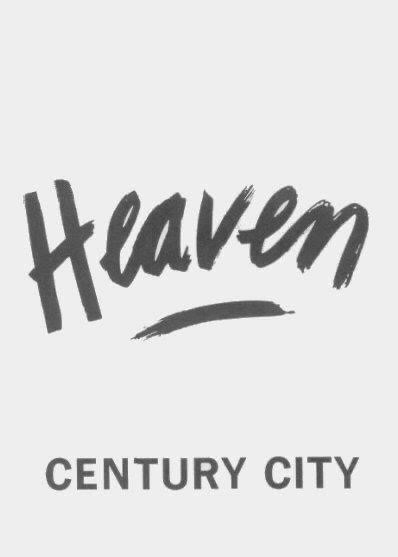 Advertisement for Heaven in Century City 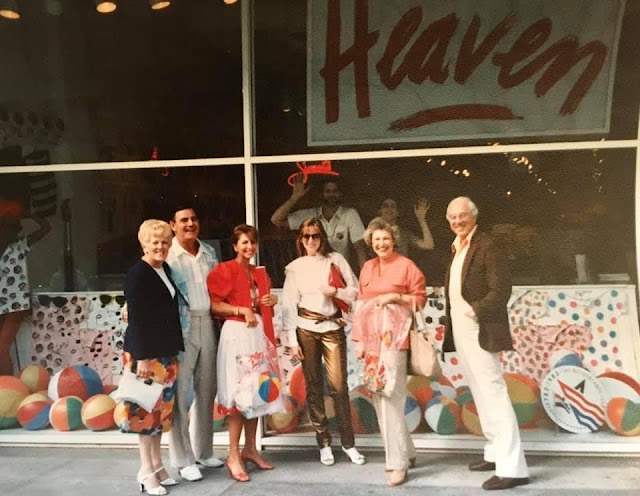 The exterior of Heaven in Century City
Photo: Judy Muenzberg 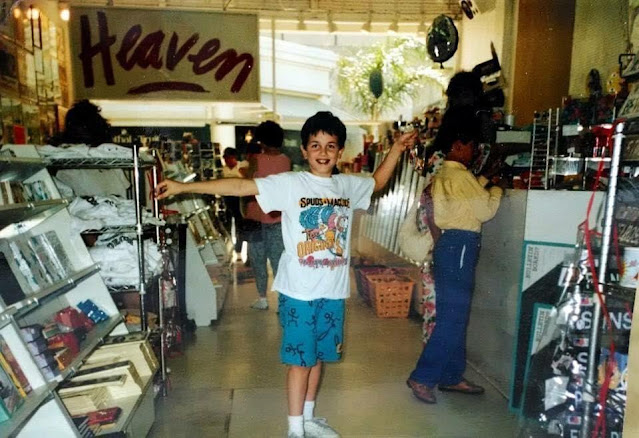 This is the only photo I've been able to find of the inside of "Heaven" in Century City circa 1987. I just wish it were me in the photo. 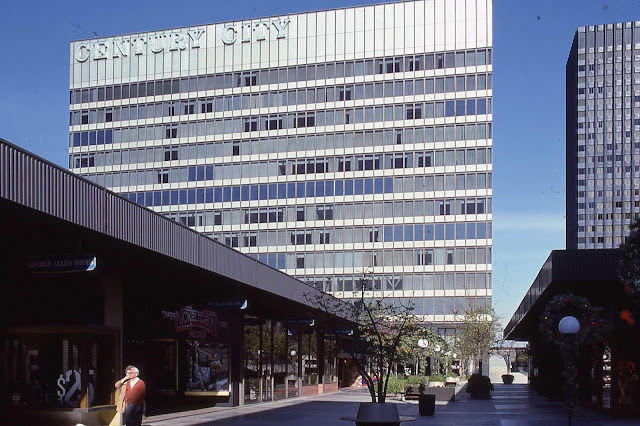 Century City during the 1980's.
You can see the Nickelodeon record store above.
"Heaven" was around the corner to the right 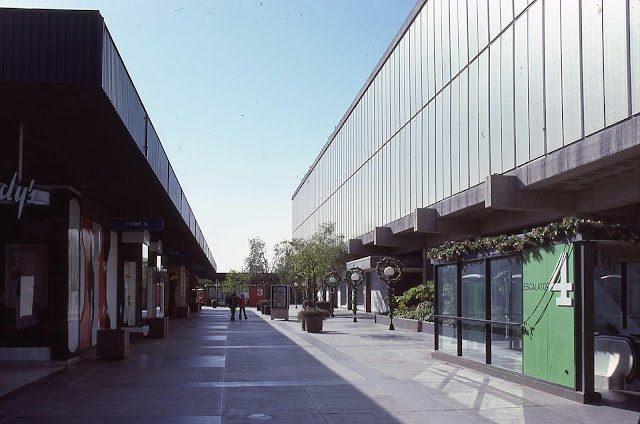 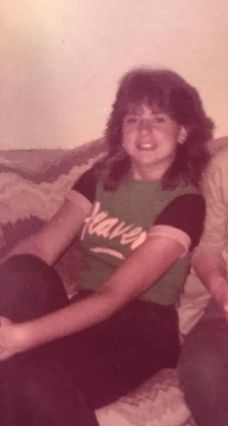 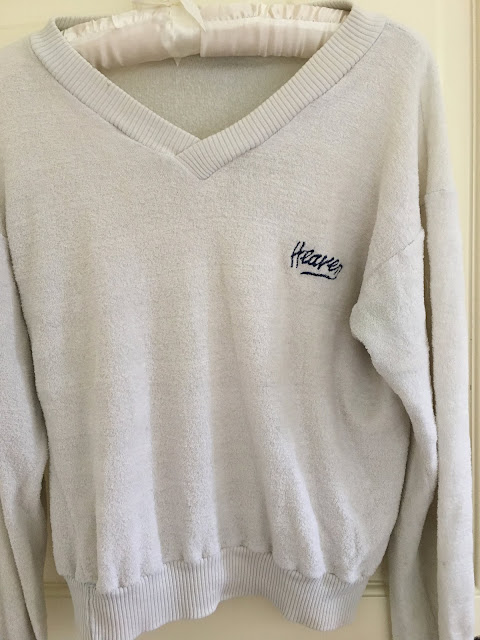 A sweatshirt saved by my pal Lisa Ellis 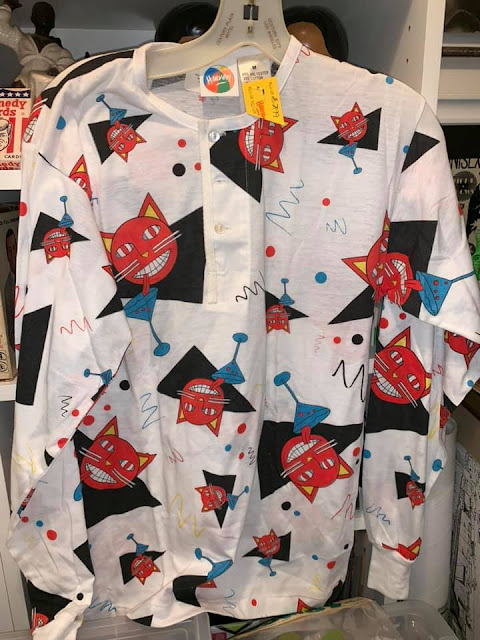 One of my Heaven shirts with the tag still attached! Courtesy of Jim Heimann 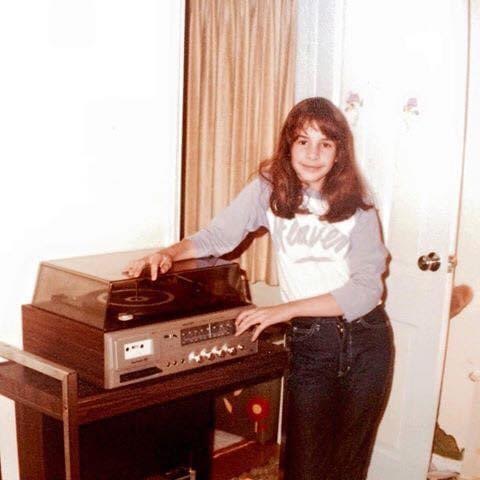 Me in my favorite shirt of all. Purple was everything to me in 1982
Heaven was heavenly 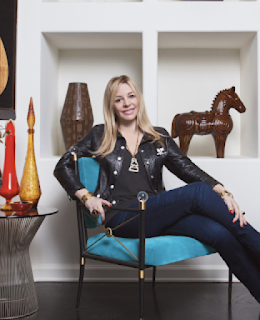 Alison Martino is a writer for Los Angeles Magazine, on-air contributor for Spectrum News, and pop culture historian. She founded the Facebook page Vintage Los Angeles in 2010 and muses on L.A’s. past and present on Twitter and Instagram.