In the early 1960s, one of the first discotheques opened up across the street from the original Fred Segal in the heart of West Hollywood. It was called, P.J.'s.  It paved the way for new dance clubs such as Gazzarri's and the Whisky A Go Go which opened up on the infamous Sunset Strip. Fred Segal frequented this popular dance club. Employees of P.J,'s would send club goers over to Fred Segal for the latest fashions during the swinging 60's.  Here's a look back on the club's history during that groovy time in Los Angeles.

P.J.'s located at: 8151 Santa Monica Blvd.8151 Santa Monica Bl.
By the late 1950s, Hollywood’s original Golden Age had almost run its course. A new, young Hollywood crowd had emerged on the scene, both on movie sets and after hours. Glamorous nightclubs and supper clubs like Ciro’s, the Mocambo, and the Trocodero on Sunset Strip had become old-fashioned, and many of the bigger and better acts featured at those clubs had fled to Vegas. Discotheques and Go-go clubs like The Whisky A Go Go and Gazzarri’s became the new sensations. 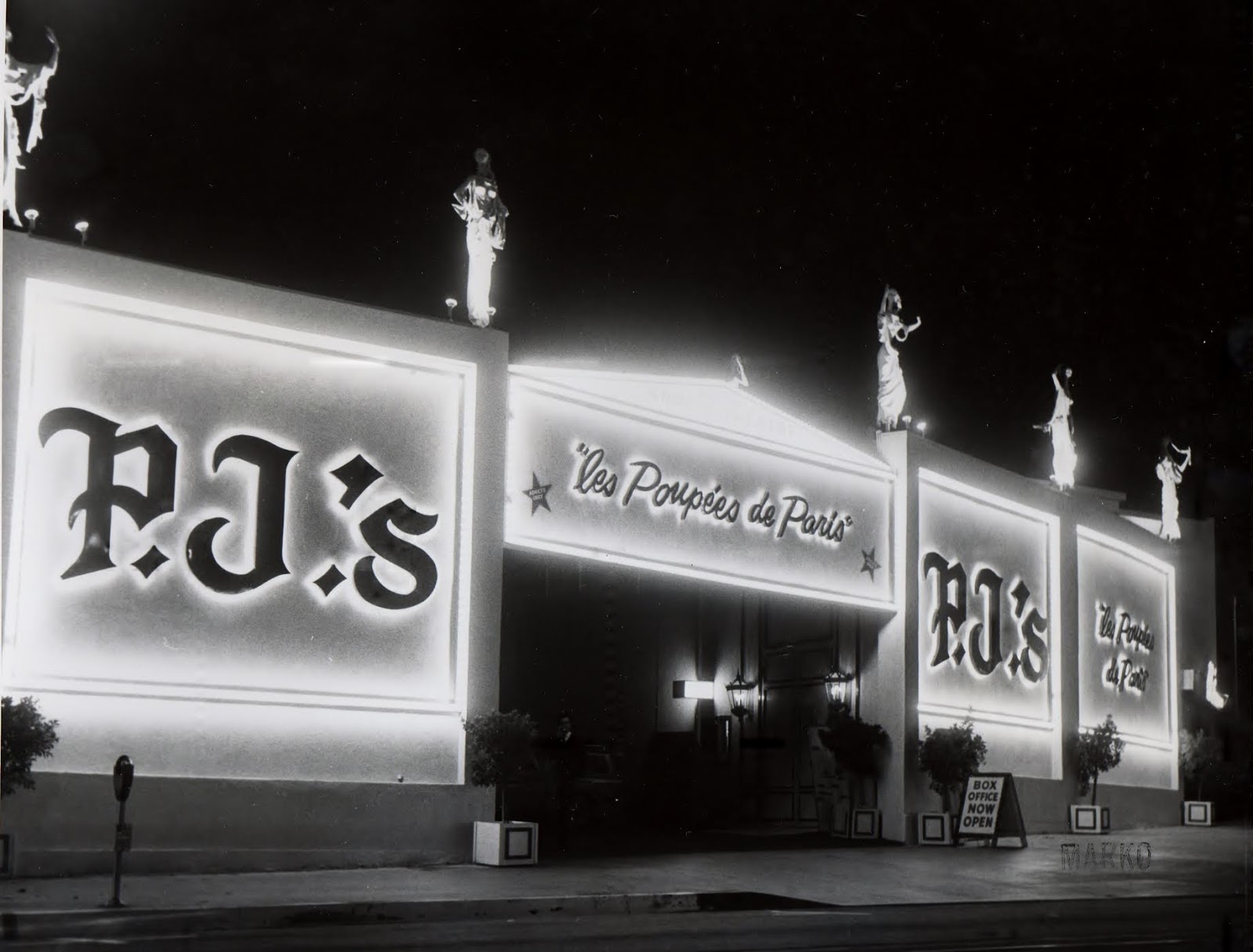 The first of its kind was P.J.’s, located directly across the street from the original Fred Segal boutique inside the Crescent Square mall at Santa Monica and Crescent Heights. Fred Segal remembers it well, “There was a nightclub across the street from my first Fred Segal Location. It was called P.J.’s. I made friends with the bartenders and outfitted them in my clothes. When celebrities and 'cool' people would come in, the bartenders told them about my store and the clothing. It was the greatest advertising you could get. Everyone wanted it”

The Club was owned by Bill Doherty, Paul Raffles, Phil Tanzini, and former Chicago police detective, Elmer Valentine. They opened it in 1961 and Tanzini and Valentine also went on to open The Whisky A Go Go, and The Trip a few years later in 1964. P.J.’s was names after Paul and his girlfriend, Judy. They had previously opened a club in Chicago called The Black Orchid, which was quite similar to P.J.'s. They were all from Chicago,” recalls Daugherty’s girlfriend, Sharyn Hillyer Doherty. “They basically introduced the first discotheque in Los Angeles. The goal was to create a late night hot spot that became the destination when all the other nightclubs closed. The clientele was a mixture of celebrities, crooks, criminals, gamblers and strippers.” Doherty chuckles when she remembers Doherty, telling her, “Honey, sit down with this guy and be nice to him tonight because he’s going to prison tomorrow.” 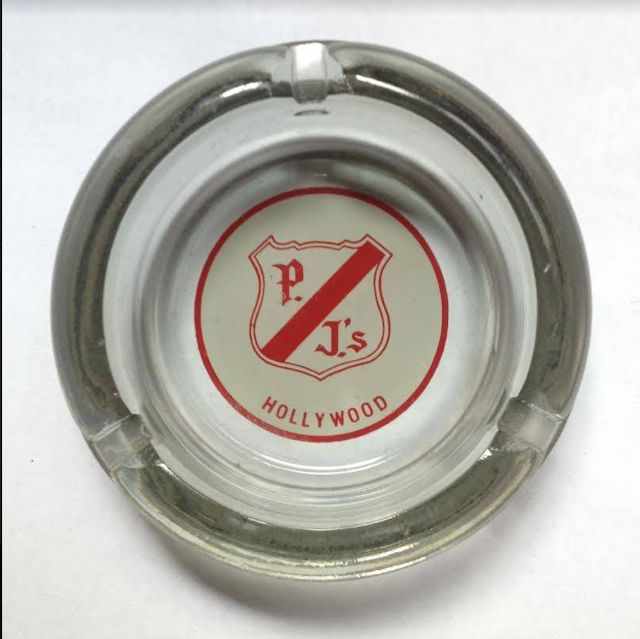 It was cozy, dark and intimate and offered fine food at a fair price with no cover charge or minimum. The décor included wood paneling, checkered tablecloths and dark lighting. It was a showcase for the hip and happenin’ new music scene that was popular with a younger crowd. P.J.'s offered a few hop gimmicks, such as - earphones for each guest to listen to their favorite stereo record - or a wood burning set to carve your name into the white oak tabletops. But it was the nightclub performers that kept everyone coming back. The band played up front by the bar area in front of a large dance floor.  For more than six years, P.J.’s was the hippest and 'swingin’est' club in Los Angeles. 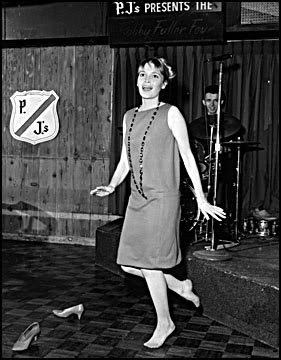 You could see acts at two showrooms. The Main Room and the Junior Room.  Club goers and hip celebs like Ann-Margret, Steve McQueen, Joey Bishop, Lenny Bruce, Mia Farrow, Don Rickles, Buddy Hacket and Paul Newman would dance the Watusi to live acts such as Johnny Rivers, Bobby Fuller, the Standells, Rufus Thomas or Eddie Cano who were all new to the scene at that time. Mia Farrow caused a sensation was she stepped into P.J.’s for the first time with her short Vidal Sassoon haircut with Frank Sinatra. Singer and guitarist Trini Lopez performed at P.J.’s several nights week for a year and a half and recorded two live albums in the main room. P.J.'s gained national exposure when Lopez's 1963 live album titled, "Trini Lopez at P.J.'s" was released and generated a hit cover of Pete Seeger's, "If I Had A Hammer". 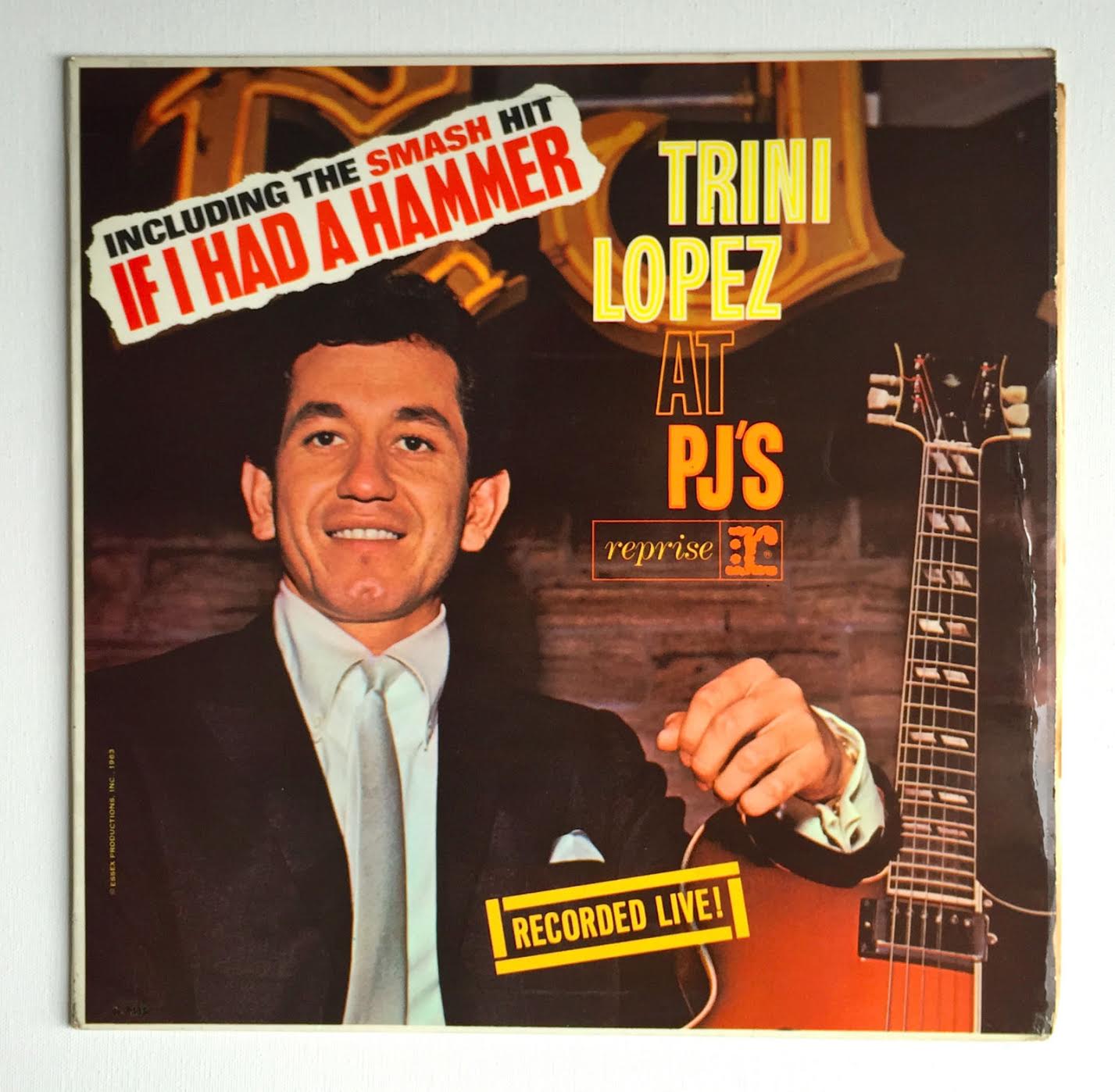 Lopez remembers how P.J.’s transformed his career. “When I came to Hollywood in 1960 it was to join the Crickets and take over for Buddy Holly. But they just couldn’t get it together and I was completely broke. So I started auditioning for gigs and got a residency at the Ye Little Club in Beverly Hills. I had a big fan base at that time of new up and comers in Hollywood like Robert Conrad and Nancy Sinatra.

“I remember reading in the trades that Frank Sinatra frequented P.J.’s a lot so I moved over there so I could meet him,” Lopez said. “I was hired for 3 weeks and I stayed a year and a half. I played four or five shows every single night and I never repeated a song. I just kept waiting to meet Frank Sinatra, and within a month he came with an entourage and to my surprise he offered me an eight-year record contract on his label. I put P.J.’s on the map with my live albums since they were recorded for Sinatra’s record company.” 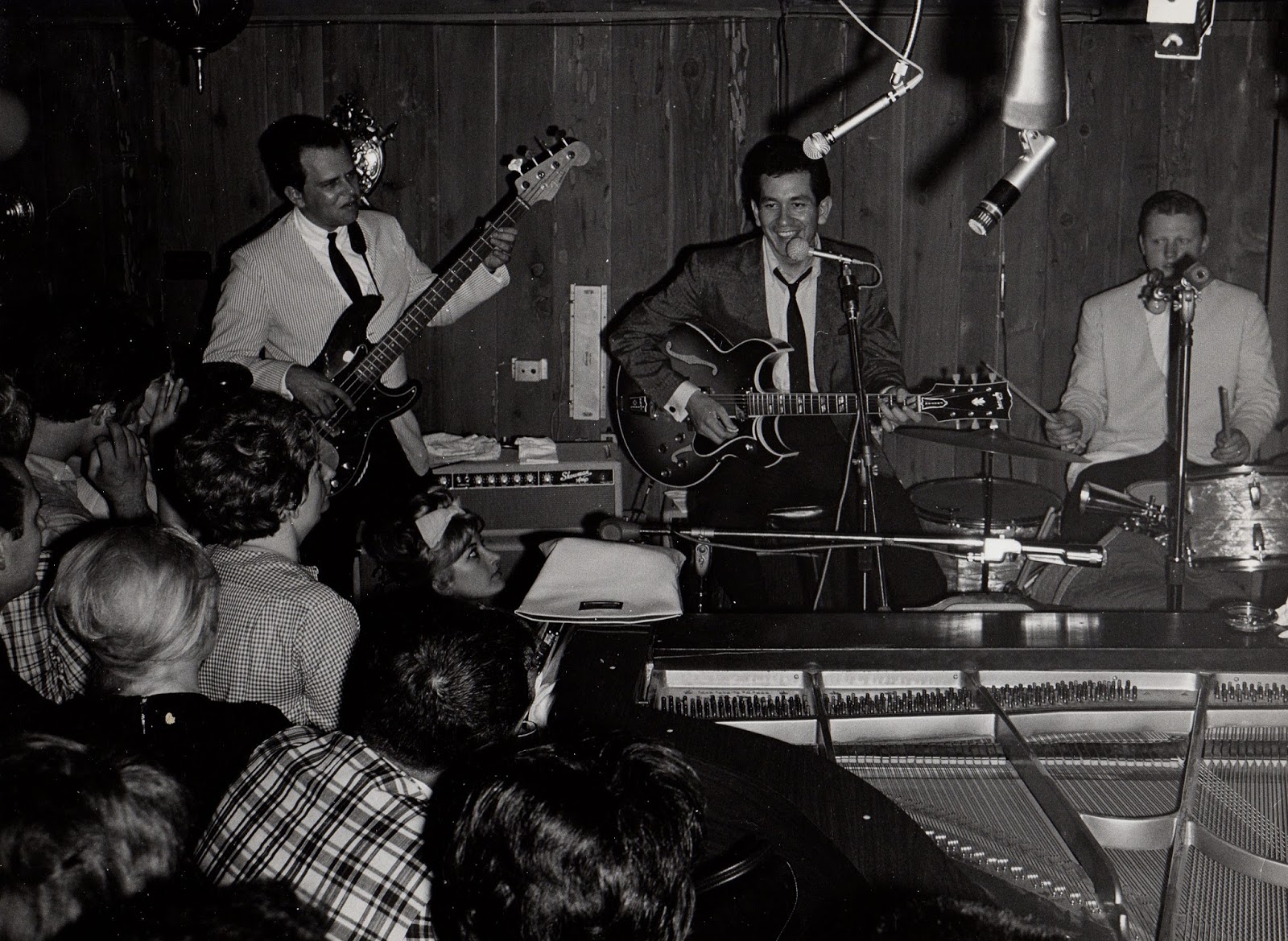 Sid and Marty Krofft had a long residency at P.J.’s, where they staged a saucy musical puppet show called Les Poupées de Paris that was wildly popular. A former piano lounge area was converted to accommodate the raunchy production of their adults-only marionette production, which played at P.J.’s for a year and a half. The hour-long show featured 128 3-ft elaborately costumed marionettes in silks, satins, mink, real jewels and sequins – with some puppets more scantily clad. Some of the costumes cost up to $3,000. 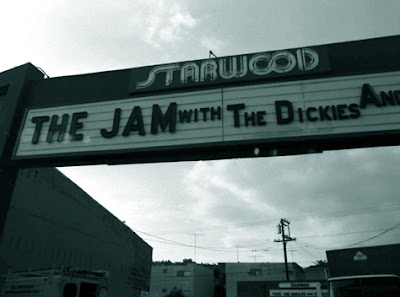 Sadly all things come to an end and P.J.'s closed in 1967. In the 1970’s,  P.J.'s became the infamous rock ‘n roll venue, The Starwood that showcased bands like the Jam, Van Halen and the Ramones. But before that,  P.J.'s was definitely one of the swinginest clubs around. 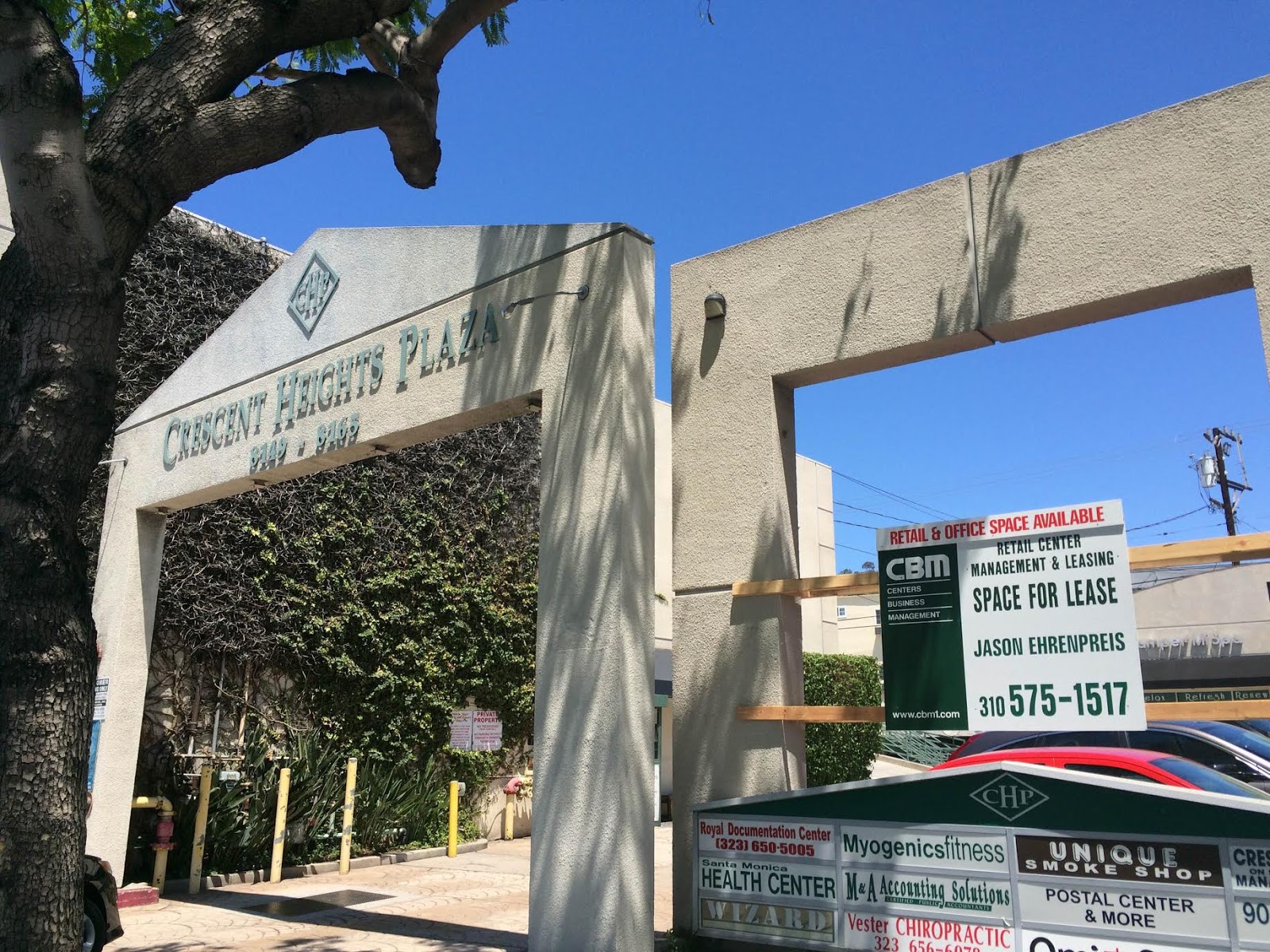 This is what the space looks like today.
It's now called Crescent Heights Plaza. It looks pretty empty to me. No more train tracks either. 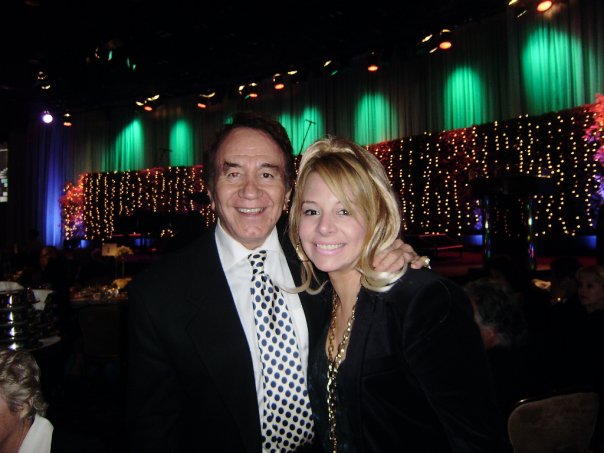 Trini Lopez and Alison Martino at the Beverly Hilton in 2010 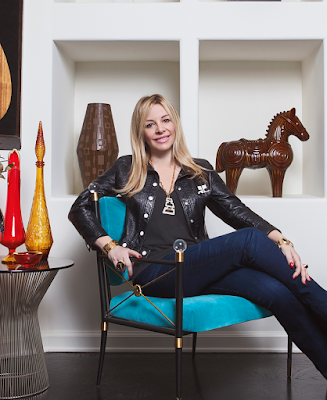 This original article was published on the Fred Segal official website. I also want to thank musician Trini Lopez for giving me a great interview.