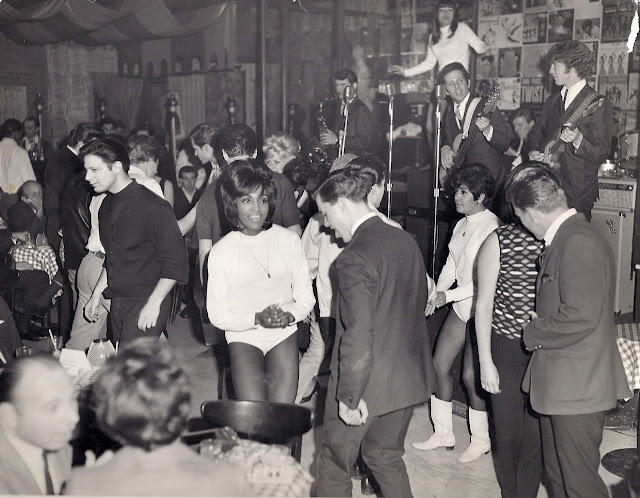 
Vintage Los Angeles: How Go-Go Dancing Took Off at The Whisky

The world-famous club’s success? It all happened by accident 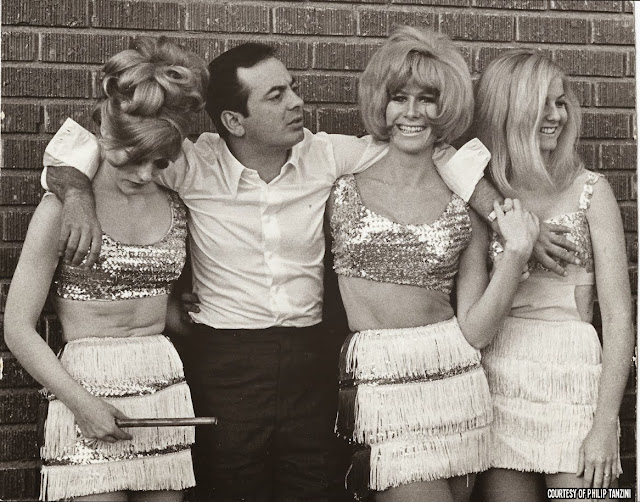 The world famous Whisky A Go Go will celebrate its 50th anniversary on Thursday. Considered the first rock ‘n’ roll venue on the Sunset Strip to take chances by booking new and sometimes notorious artists during the 1960s, it gave future superstars a stage to develop their signature sounds. Johnny Rivers was the first to play live music at the Whisky in 1964. Two years later, the Doors became the house band (It was there that Love front man Arthur Lee encouraged Elektra Records owner Jac Holzman to sign the Doors after Lee’s band headlined at the joint in 1966.) “Up-and-coming” artists like Jimi Hendrix, Otis Redding, Janis Joplin and The Byrds played there too, their names placed in large letters on the marquee at the corner of Sunset Blvd. and Clark.
Despite its lore, most people don’t know how the Whisky A Go Go got started. I only recently heard the story myself when I sat down at the Rainbow Bar and Grill with Philip Tanzini Jr., the son of one of the four original owners, Philip Tanzini.
Tanzini Sr. was born and raised in New Jersey but moved with his business partner, former cop Elmer Valentine, to Los Angeles during the 1950s looking for business opportunities in Hollywood. During a trip to Paris, Valentine had stumbled upon a restaurant called the “Whisky A Go Go” and became intrigued by the European mod scene. It gave him the idea to open a similar joint on the Sunset Strip. At the time, the Strip was turning, with older nightclubs of the Golden Age like The Mocambo, Ciro’s, and The Trocadero closing down and giving way to the new world of discotheques. The Whisky, however, was never intended to be a dance club.
According to Tanzini Jr., the venue was founded by his father, Valentine, publicist Shelly Davis, and attorney Theodore Flier. The four powerful partners took over an old, nondescript bank in West Hollywood with a plan to open a French restaurant. The group hired a local artist named Tony Mafia to paint the interiors, and installed beautiful chandeliers and a really expensive sound system. But when opening day rolled around in the summer of ‘64, The Whisky A Go Go was far from ready. “None of the tables and chairs had even been delivered,” says Tanzini. Still, the venue couldn’t not open its doors; ads of its grand opening were splattered all over the trades.

A line of kids in front in 1964. Photograph courtesy Andrew Sandoval
Now I wouldn’t describe Phil Tanzini and Elmer Valentine as roughish kinds of guys, but I will say they colored outside the lines a little here and there. One of the owners had a niece that attended Hollywood High School, and according to Tanzini, they asked her and a bunch of her teenaged friends if they’d like to make $20 each for the evening. “That was a lot of money in those days,” says Tanzini. “They paid all these kids to stand in a line outside the Whisky A Go Go. Elmer and my dad locked the doors, turned the music really loud, and hired a bouncer out front to paint the impression they were packed to capacity.” The fake out worked—and went on for a couple of days. Tanzini and the team knew they would eventually have to open, but without tables and chairs, they decided to hire local musicians to fill their empty space.
The kids loved it. Since there wasn’t any furniture, they started dancing, creating their own dance floor. “Back when the building was a bank, it had a security office that looked out over the floor. It was basically a ledge,” says Tanzini. “My father and Elmer installed bars so no one would fall off it. This was the beginning of what would eventually become a ‘go-go’ cage. Elmer was one of those guys that had his finger on the pulse of what was going in those days, and he decided to give musician Johnny Rivers a one-year contract and hired a young, pretty girl upstairs to mix the music. Occasionally she’d dance to the beat.”
“Well, one day she quit and everyone kept asking Elmer ‘where’s the girl in the cage?’ So he turned to one of the kids in the joint and told her to go up there and start dancing.” More suspended cages were installed after that, and go-go dancing at the Whisky was born.

Photograph courtesy the Whisky A Go Go
Soon the venue was hosting groups including the Byrds, the Doors, the Kinks, the Who, the Mamas and Papas, and Sonny and Cher. It also attracted stars like Sally Field, Steve McQueen, Richard Burton, and Jayne Mansfield because it was a local spot where celebrities could really let their hair down. (On one infamous night, Mansfield spent a few moments with the Beatles, who had stopped in on their first American Tour in 1964. George Harrison, upset by photographers, got into a drink-hurling fiasco and the band left after 15 minutes.)
The Whisky went on to become one of the most famous clubs in the world. In 1969 Led Zeppelin and Alice Cooper performed at the venue on the same bill. During the ‘70s, punk and new-wave acts like The Ramones, The New York Dolls, Blondie and Iggy Pop, the Stooges, and X stopped in. Heavy metals bands such as Motley Crew and Guns & Roses took center stage during the ‘80s. For its 50th anniversary, the Whisky will be showcasing sets from Robby Krieger of THE DOORS, X, and the Bangles.
A Los Angeles historian, I can’t often say a local place has survived 40 or even 50 years. Thankfully, I can say that about The Whisky A Go Go, which is still very much alive today.
The Whisky A GO GO celebrates its 50th anniversary all this month. See its schedule of anniversary concerts here.