The Comstock Hotel On Wilshire Blvd

The original Comstock Hotel was located at 10300 Wilshire Blvd in Westwood. It was designed by Kenneth Lind in 1956. There’s a lot of history here.... some of it is fun, some of it is tragic....       Color slide courtesy of Carol Watson.       Black & whites taken by photographer       Maynard Parker in 1957 During the late 1950s until the early 1980s the Comstock was a classic mid century / contemporary design. Very reminiscent to the Standard Hotel on Sunset Strip. It almost reminded me of a mini version of the Beverly Hilton that wasn’t too far away. In 1972, a small Italian place called “Derek’s” opened on the second floor. I believe Ed McMahon was part owner. Richard Simmons was a waiter and eventually became Maitre D’ before he became a sensation with those exercise videos. He created a unique experience with his overly ecstatic personality. He would also insult the customers in a humorous way. It was all in fun until he cut your tie off!  (He cut my fathers off once and I s
Post a Comment
Read more 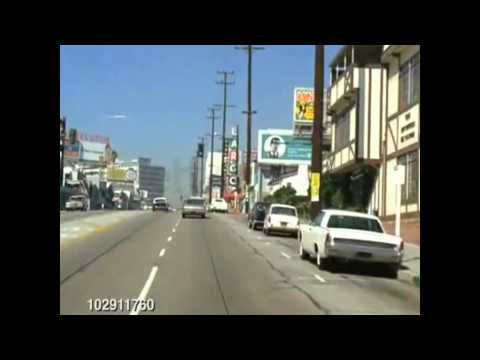 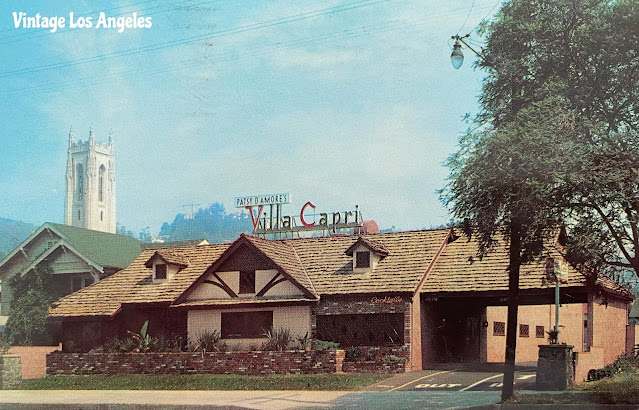 The Villa Capri In Hollywood 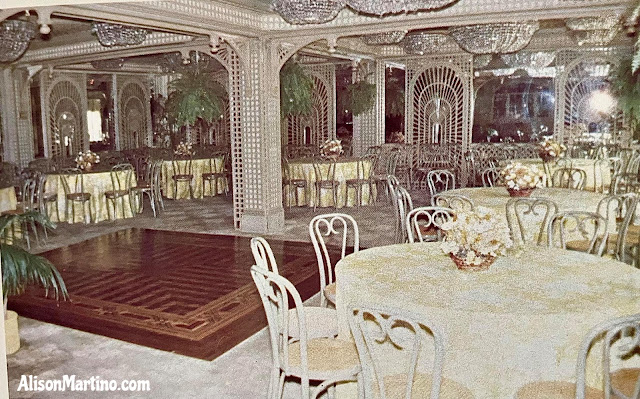 The Bistro in Beverly Hills