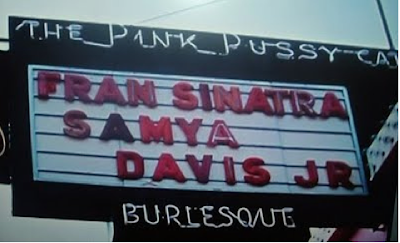 In 1961, "The Pink Pussycat College of Striptease" opened its doors at 7969 Santa Monica. It was playfully referred to as "The Navel Academy". Among the courses of higher learning offered were:
“The History and Theory of the Striptease”
“The Psychology of Inhibitions”
“Applied Sensual Communication”
"Elementary Bumps and Grinds"
"Controlling the Structural Components of the Anatomy"
“Dynamic Mammary, Navel and Pelvic Rotation and Oscillation”
"Fundamentals of Taking It Off"
"Methodology of Teasing, Tantalizing and Titillating"

The Dean of the College of Striptease was Sally Marr - Lenny Bruce's mother! And it was a favorite watering hole of the Rat Pack, and for good reason. Mrs. Schiller shrewdly gave her dancers stage names like Fran Sinatra, Samya Davis Jr., Deena Martin and Peeler Lawford, and the originals soon showed up to inspect their namesakes. 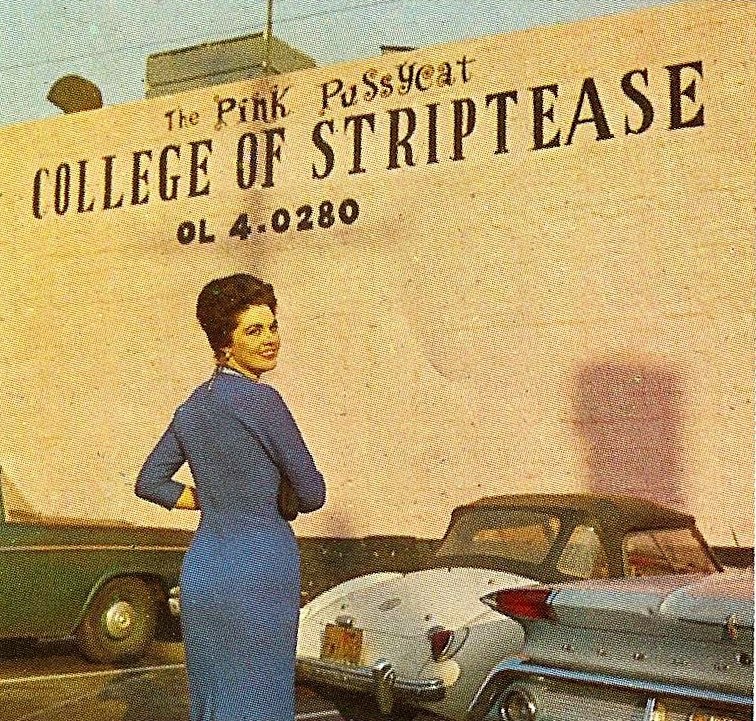 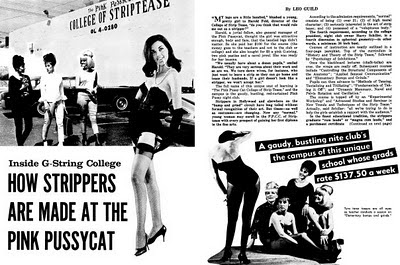 The Pink Pussycat - burlesque house that was located in Hollywood was one of the most successful, celebrated and profusely feathered nightclubs of its era. Located near the Sunset Strip in Los Angeles, the club was a popular destination of tourists and locals alike, known for its glittering stage shows and equally glittering celebrity clientele.

It was a favorite watering hole of the Rat Pack, and for good reason. Mrs. Schiller shrewdly gave her dancers stage names like Fran Sinatra, Samya Davis Jr., Deena Martin and Peeler Lawford, and the originals soon showed up to inspect their namesakes. 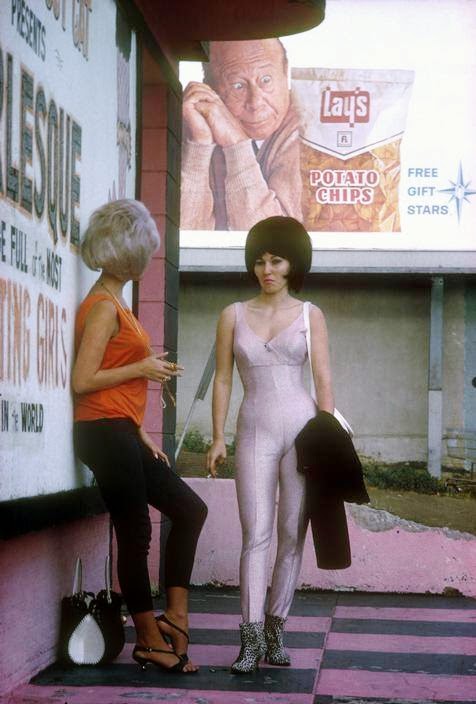 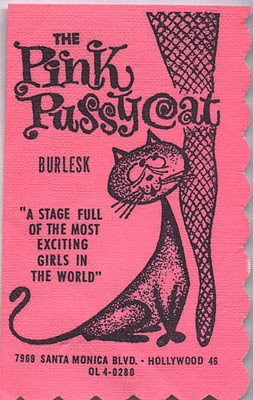 The club was also internationally famous for its attached institution of higher learning, the Pink Pussycat College of Strip Tease, familiarly called the Navel Academy of the West.

With the decline of burlesque theaters in the postwar years, a wave of more respectable if scarcely less naked establishments rushed in to take their place. Perhaps the best known of these was the Pink Pussycat, which literally embodied the transition between the seamy bump and grind of the burlesque house and the upscale gentlemen’s club of today. (you can read the entire article on the comment below post by Mark :)In the late ’70s it turned into a discotheque renamed Peanuts. And today it's known as Club Voyeur housed in the same building. 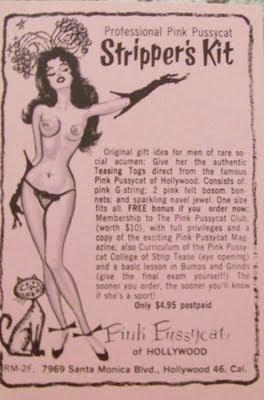 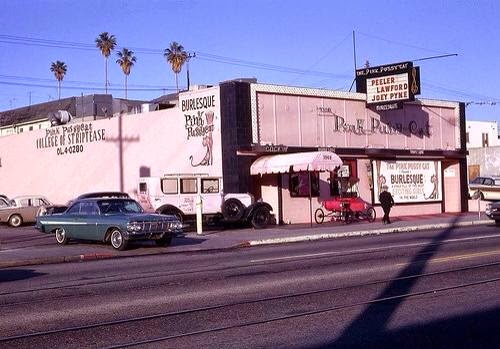 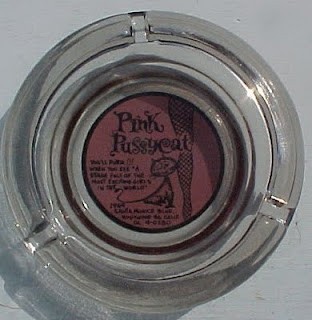