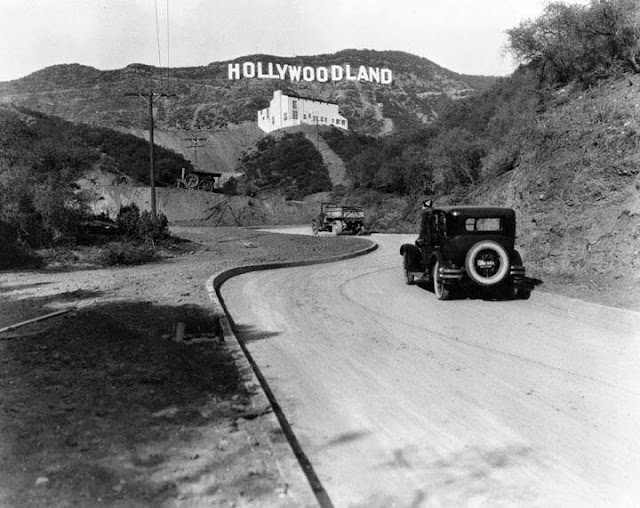 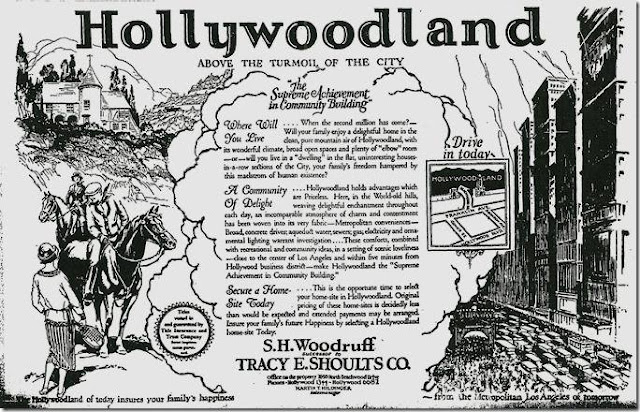 One of the most prominent ghost stories to come out of the Hollywood Hills evolved from the suicide of aspiring and frustrated actress, Peg Entwhistle when she tragically and dramatically through herself off the Hollywoood sign in 1932. Like so many other actors of the Golden Era, Entwhistle came to Hollywood in search of her first big break in motion pictures. She was an up-and-coming actress on Broadway from the mid-1920s to the early 1930s, and she made the move to Los Angeles hoping to be the next screen siren of the decade. But Entwhistle struggled to stand apart in Tinseltown, and she ended up out of work in a sea of pretty faces; her first big role, in David O. Selznick’s Thirteen Women, was cut from the final film. So on the grim night of September 16, 1932, this beautiful Hollywood actress, stricken with grief and reportedly intoxicated, set off into the darkness Her body was found in a ravine and identified by her uncle after an anonymous woman telephoned the Los Angeles Police to report she had found a woman’s shoe, purse and jacket below the Hollywoodland sign. Inside the purse was a suicide note that read: “I am afraid, I am a coward. I am sorry for everything. If I had done this a long time ago, it would have saved a lot of pain". The Police surmised that she made her way to the southern slope of Mount Lee to the foot of the Hollywoodland sign, climbed a workman's ladder to the top of the "H" and jumped. 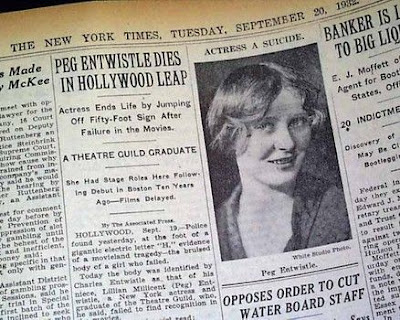 In 2004, roughly one hundred people marked the anniversary of Peg Entwhistle's death by gathering in the parking lot of a Beachwood Market in Hollywood to watch Thirteen Women on an outdoor screen. Proceeds from the raffle from food and beverages sold at the screening were donated to the American Foundation for Suicide Prevention in Entwhistle's name. Bette Davis later cited Enwhistle as her original inspiration for taking up acting when both were budding starlets of the broadway stage. Bette adored her performance in The Wild Duck.

It has been reported over the years that she received a letter in the mail the next day alerting her that she has landed the part in a film that she had recently auditioned for. "Fame, ain't it a bitch. 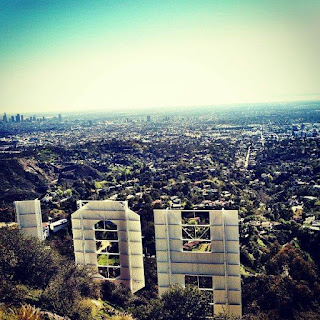 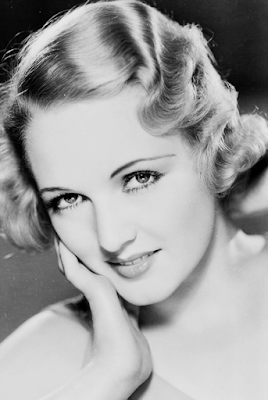 Below is the Peg Entwhistle episode of TV series, "Mysteries and Scandals".

In 1949 the Hollywood Chamber of Commerce began a contract with the City of Los Angeles Parks Department to repair and rebuild the sign. The contract stipulated that "LAND" be removed to spell "Hollywood" and reflect the district, not the "Hollywoodland" housing development. 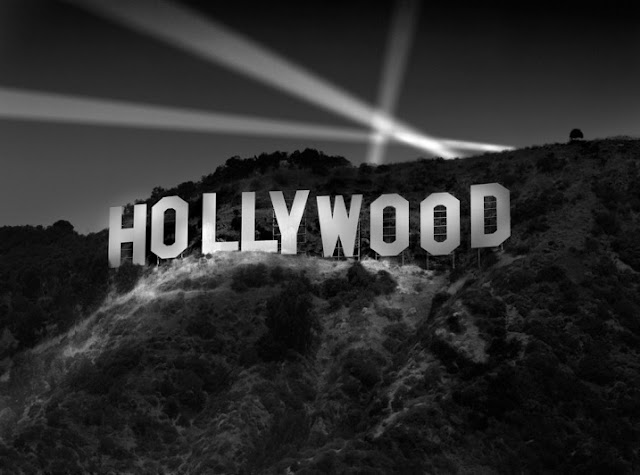 The sign sadly deteriorated terribly by the early 1970s and made an extremely eerie appearance in the 1970 film, Savage Intruder. No music needed, just the sound of old sheet metal in the wind.

In 1978, Hugh M. Hefner spearheaded a public campaign to restore it again by replacing the severely deteriorated sign with a more permanent structure. Some of the donators who came up with the total cost of that crusade were Alice Cooper, Andy Williams and Gene Autry. The newly rebuilt sign was dedicated in November of that same year. 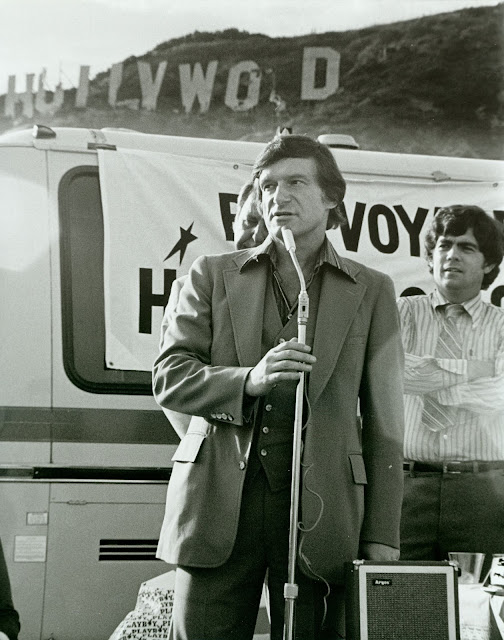 The deteriorating condition of the Holywood sign during the mid 1970s 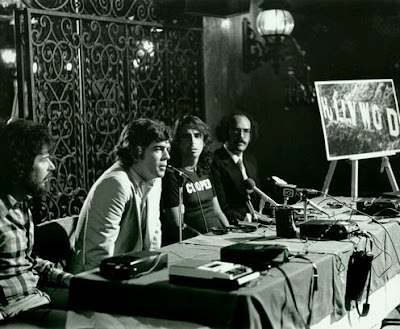 Alice Cooper announcing that he will donate 27,500 to the fund to rebuild the "Hollywood"sign in 1977 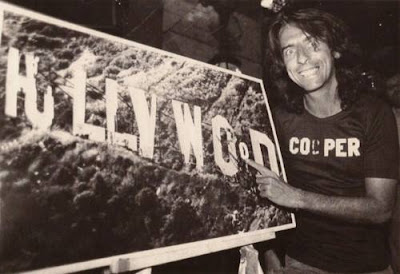 Several pranks have been played on the sign such as this one that spelled out HOLLYWEED on June 1, 1976. 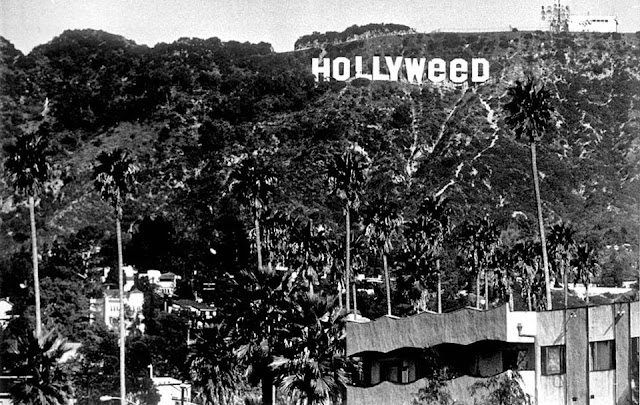 Los Angeles resident, Danny Finegood had a message he wanted to get out to the city when he altered the Hollywood sign to, "Hollyweed" on January 1, 1976. It was the day that relaxed marijuana laws went into effect in California, and he wanted everyone in L.A. to know it. So he changed the sign to read HOLLYWEED by hanging black and white curtains. The prank was a class project while he was an art major at Cal State Northridge. Yes, he got an "A" for the project and received lifetime achievement status from High Times Magazine. While this sign existed disc jokey, Shotgun Kelly would cue the intro to Low Rider by WAR on AM Radio by saying, "From Hollyweed, this is KH Smokin' J!"

A few of the other messages through the years have been: 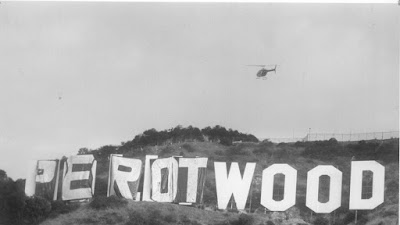 Supporters of presidential candidate Ross Perot got in on the action, changing it to “Perotwood.” 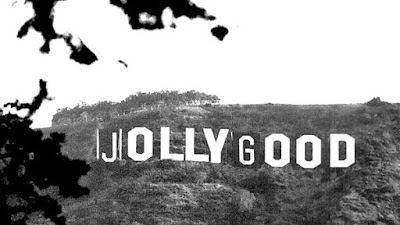 The next year, the sign read “Jollygood.” It’s unclear if it was referring to a particular fellow. 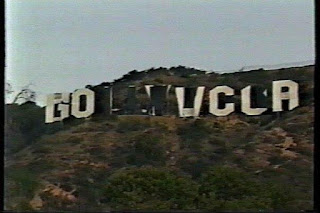 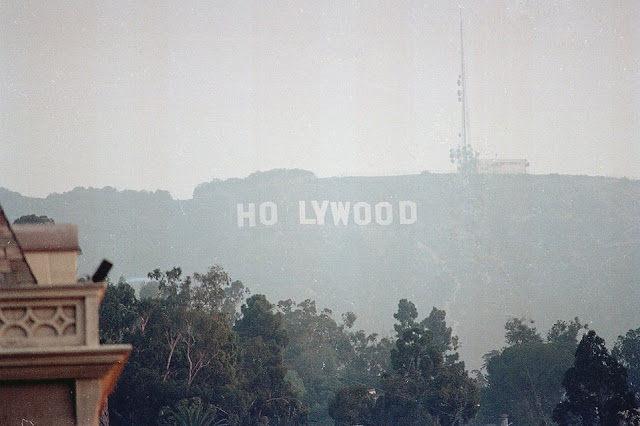 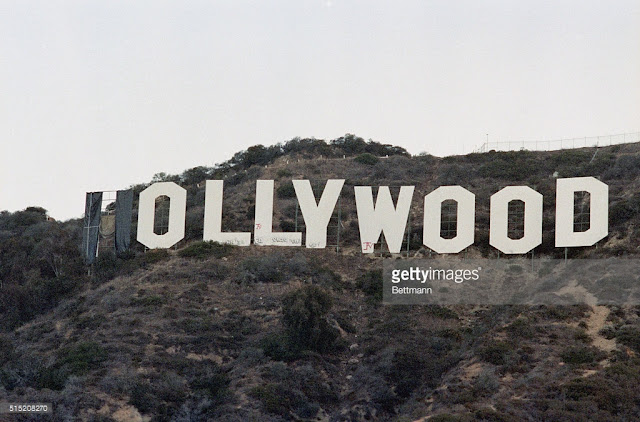 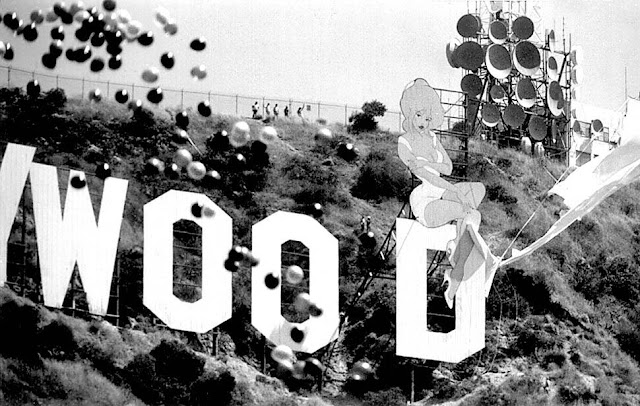 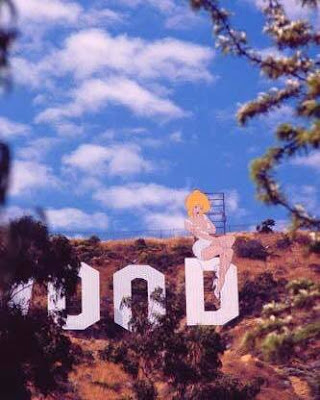 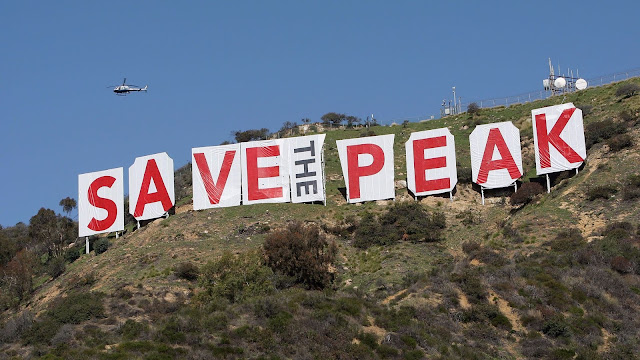 In the year, 2000, the Hollywood sign illuminated the sky for 15 minutes in celebration of the new 21st Century. I drove up Beachwood to get as close as I could, but it could only be viewed from a distance unless you were a resident of the Beachwood Cyn hills. Apparently home owners complained about the lights shining in their homes and it hasn't been lit up since.


And today I actually thought I woke up in 1976 again when the "Hollyweed" prank resurrected itself one more time on Jan 1, 2017! 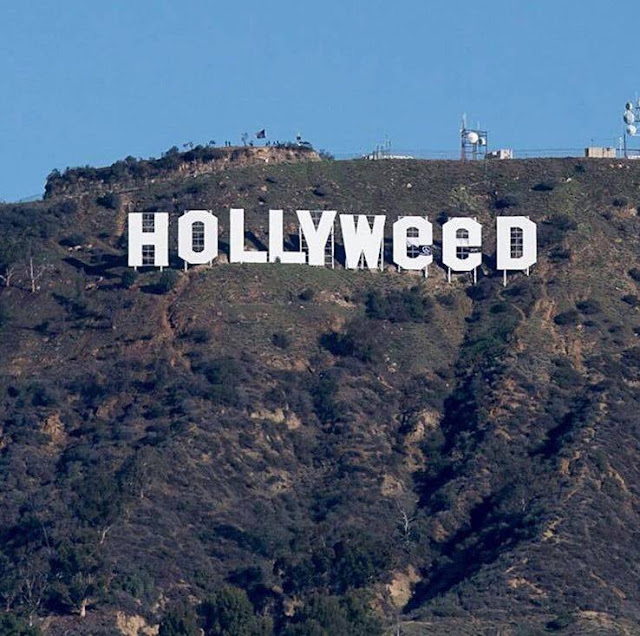 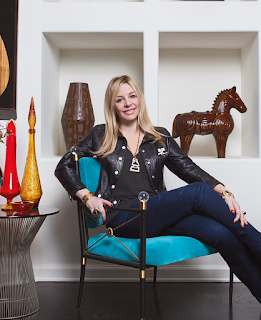