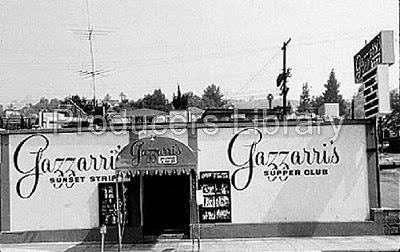 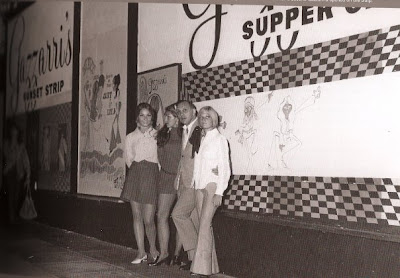 When the Twist craze took over the nation, Bill Gazzarri took notice. In 1965 Gazzarri purchased a small restaurant previously called the Comedians located at 9039 Sunset Boulevard. After some remodeling, he transformed it into the swingingest rock 'n roll dinery in the neighborhood. When Garrarri opened his twist club in May 1965 it was called Hollywood a Go-Go.

Gazzarri's was associated with Hollywood A Go Go, a local music TV show on KHJ-TV Channel. Gazzarri's on the Sunset Strip had a raised dance floor, a split level stage and an elaborate lighting system. The dance club featured live musicians on the stage with recorded music (canned) used for dancing during breaks taken my the musicians. However, it continued to served the same Italian dinners made famous by Mama Gazzarri at the original Gazzarri's on La Cienega. Bill Gazzarri would take color movies of dancers in action and then show them on screens the next day placed on either sides of the dance floor. People would come back to the club hoping to see themselves dancing on the big screen. The old clubs along the Sunset Strip became a haven for the young and hip to hang out. At first they congregated at coffee shops, underground theaters and jazz joints. In 1963-64, the Sunset Strip turned into a meeting place for beatniks in leather jackets, mini skirts and mod srippes pants pants, Jerked and Mashed Potatoed the night away. With the Beatle invasion in 1964, teens migrated in mass to clubs that played the new rock sound with the groovy dance beat. Suddenly there were a slew of twist clubs in town catering to the young 16-and-up crowd. These clubs included: the Peppermint West in Hollywood, the Whisky A Go-Go, the Galaxy (8717 Sunset), P.J.'s (8151 Santa Monica), the Action (8265 W Santa Monica), the Haunted House (6315 Hollywood Blvd), the Crescendo (8572 Sunset) and It's Boss (former Ciro's restaurant (8433 Sunset Blvd), The Hulabaloo Club and the Sea Witch. In the '80, Gazzarri's became a favorite hang-out for glam metal bands with the big hair. In 1991 Bill Gazzarri died. Gazzarri's closed down in 1992. In 1994 Northridge Earthquake damaged Gazzarri's beyond repair and it was torn down and became the Key Club. 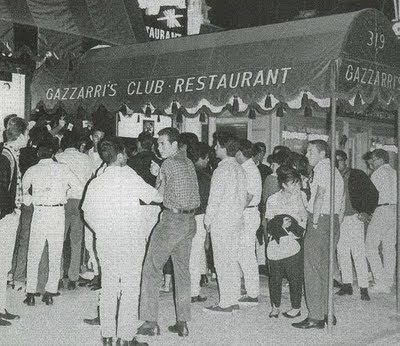 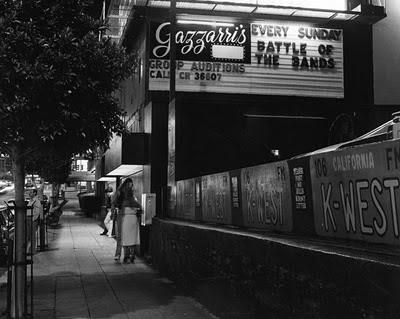 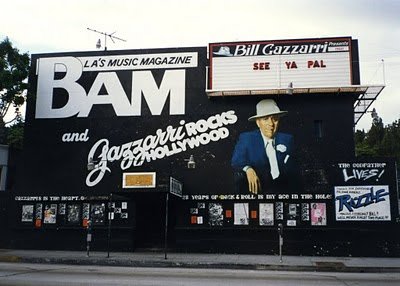